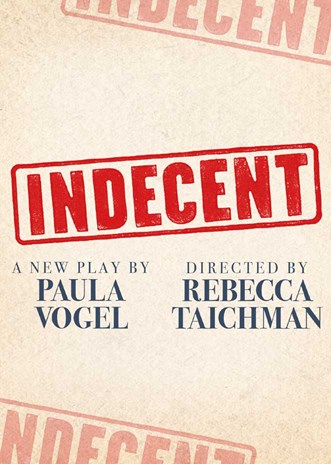 It's rare when a play touches so many people as INDECENT has, and the producers have made the decision to keep it open through Sunday, August 6 at Broadway's Cort Theatre so that more people can experience this magnificent play.

There has been overwhelming support over the last few weeks since the initial closing was announced. Positive word-of-mouth and rapturous standing-room-only crowds, praising Paula Vogel's urgent writing; the ingenious, inventive direction by Tony Award winner Rebecca Taichman; the exemplary design; and the dedicated ensemble work by the extraordinary group of actors and musicians, encouraged the producers to make this last minute decision.

"There are shows that remind you of the reason we all fell in love with theatre in the first place, and INDECENT has been one of those shows for all of us involved with it. We have been thrilled that this show has affected audiences so profoundly during our Broadway run," commented Daryl Roth, on behalf of the producers. "But since we announced our closing, the electricity of what is happening at the Cort has been profound. So it gives me great pleasure to extend the life of INDECENT for just a few more weeks on Broadway, to give theatregoers a little more time to see it before we pack up our suitcases for the final time on August 6."

Tickets to INDECENT are on sale through Telecharge at 212-239-6200 or online at www.telecharge.com.