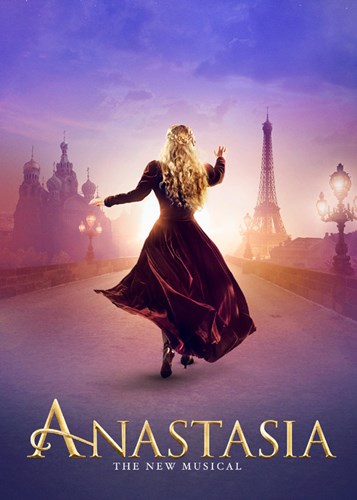 The Les Misérables star will portray Gleb, a new character that will be introduced in the stage musical adaptation of the 1997 animated film.

Ramin Karimloo, known for his roles in Love Never Dies and Les Misérables, will star as Gleb in the Broadway stage musical debut of the Lynn Ahrens-Stephen Flaherty musical Anastasia.

Tony winners Ahrens and Flaherty, who are collaborating with Tony-winning playwright Terrence McNally on Anastasia, have envisioned a more human and historic take on the legend of Grand Duchess Anastasia Nikolaevna of Russia for the musical’s stage debut.

The 1997 animated film utilized the mystic confidant Rasputin (and his sidekick, the albino bat Bartok) as the story’s villain. For the stage, the writers have created the character of Gleb, the plot’s antagonist who Ahrens previously described as “a character who represents Communist Regime. He’s more of a contemporary figure. He’s in post-revolutionary Russia, he’s a Czechist as they called them.”