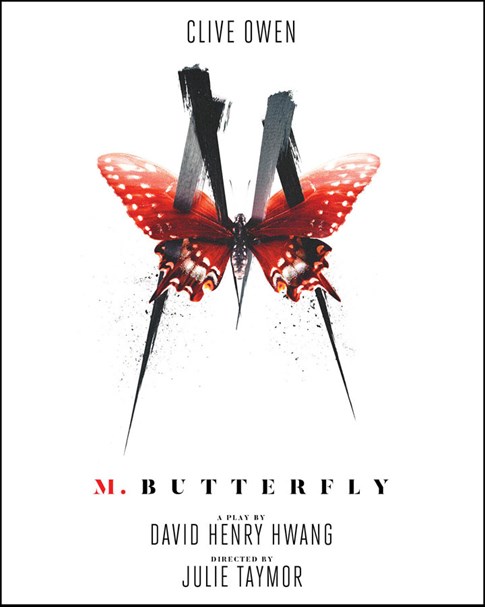 TO PLAY THE CORT THEATRE

Beginning Friday, June 30, 2017 at 10am EST, M. BUTTERFLY tickets will be available through Audience Rewards® (www.AudienceRewards.com), The Official Rewards Program of Broadway & the Arts™. Members of the program will be able to purchase tickets and earn Audience Rewards® Bonus Show Points through Thursday, July 6 at 9:59am EST.

Tickets will go on sale to the general public beginning Thursday, July 6 at 10am EST, and will be available at www.MButterflyBroadway.com or www.Telecharge.com (212.239.6200).

David Henry Hwang’s modern classic, M. BUTTERFLY charts the scandalous romance between a married French diplomat and a mysterious Chinese opera singer – a remarkable love story of international espionage and personal betrayal.  Their 20-year relationship pushed and blurred the boundaries between male and female, east and west – while redefining the nature of love and the devastating cost of deceit.

For the Tony Award®-winning play’s first Broadway return, Hwang will introduce new material inspired by the real-life love affair between French diplomat Bernard Boursicot and Chinese opera singer Shi Pei Pu that has come to light since the play’s 1988 premiere.

Additional casting and design team will be announced at a later date.

Clive Owen is appearing with the support of Actors' Equity Association.