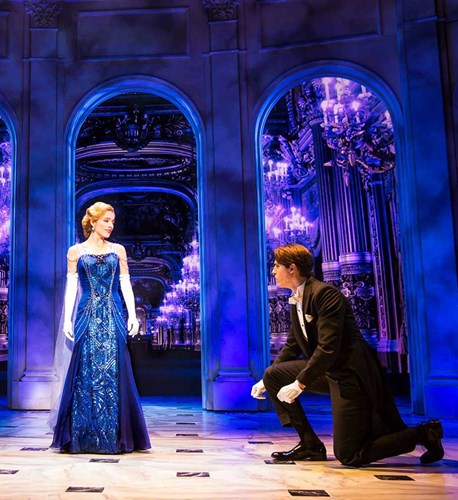 It was the “Let It Go” of the ’90s, the inescapable ear worm that leapt from an animated film to the radio charts to international concert halls and, ultimately, to the stage of the Academy Awards. Now, 20 years later, “Journey to the Past” is back. And this time, the song is on Broadway.

On Monday, April 24, “Anastasia,” a new musical based on the hit 1997 animated feature about the adventures of Grand Duchess Anastasia Nikolaevna, the youngest Romanov princess, will open at the Broadhurst Theater. The movie — one of several retellings of the legend, including a 1956 Ingrid Bergman film of the same name — put forth a fanciful, if not historically accurate, premise: What if Anastasia had not been murdered in the Bolshevik Revolution along with her four siblings in 1918, but instead had survived with a touch of amnesia?

In the film opening’s scene, the princess, who goes by Anya after forgetting her identity, leaves an orphanage outside St. Petersburg in search of her grandmother, who survived the revolution. She has only fuzzy memories, of gilded palaces and a jeweled music box. Trudging through the snow, she sings “Journey to the Past,” a number at once twinkling and rousing, about moving forward by diving into history.