GIRL FROM THE NORTH COUNTRY Will Open on Broadway in 2020 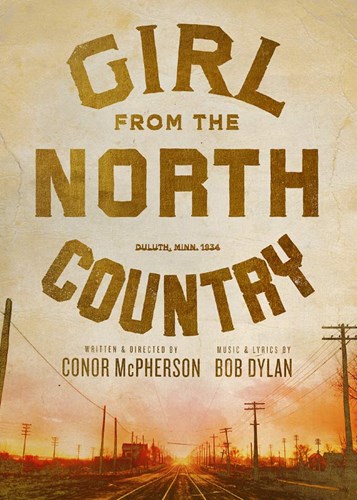 AFTER A CRITICALLY-ACCLAIMED RUN

AT THE PUBLIC THEATER

Written and Directed by

Music and Lyrics by

June 18, 2019 – After critically-acclaimed, smash-hit runs at The Public Theater, The Old Vic London, and in the West End, Girl From The North Country brings its rousing spirit to Broadway, beginning performances on Friday, February 7 at the Belasco Theatre (111 West 44th Street) with the opening night set for Thursday, March 5.

A time-weathered guesthouse in the heartland of America. Only a song can shake off the dust for one group of wayward souls—and old dreams may hold the promise of new beginnings. As they pass in and out of each other’s lives, their stories awaken with passion, fury and extraordinary beauty. Reimagining the music of Bob Dylan as roof-raising ensemble pieces and soul-stirring solos, celebrated playwright Conor McPherson (The Weir, The Seafarer) writes and directs this heartbreaking and universal story about family and love.

Praise for Girl From The North Country:

“A TRIUMPH. GORGEOUS, THRILLING, AND MOVING. A BREAKTHROUGH FOR THE SONGBOOK FORM.” Peter Marks, The Washington Post

“ * * * * *  FEELS BOTH PART OF A PARTICULAR MOMENT IN AMERICAN HISTORY AND OF TODAY.” - Claire Alfree, The Telegraph

“* * * * SO FIERCE AND BEAUTIFUL, THE HAIRS ON THE BACK OF YOUR NECK STAND UP. STIRRING AND TOTALLY FRESH!”  - Caroline McGinn, Time Out London