Broadway's THE PROM begins October 23 at the Longacre Theatre 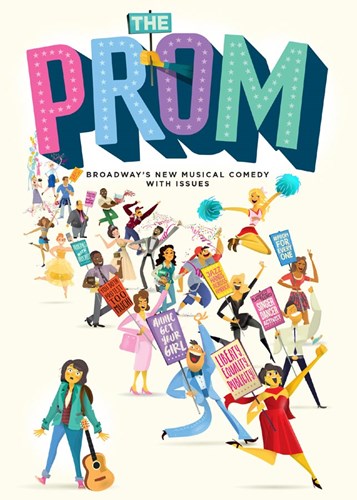 BROADWAY’S THE PROM WILL DANCE TO A NEW THEATRE

THE NEW MUSICAL COMEDY WILL NOW OPEN AT THE LONGACRE THEATRE

(New York, NY) Producers Dori Berinstein, Bill Damaschke and Jack Lane announce that the new musical comedy THE PROM will now officially open at the Longacre Theatre (220 West 48th Street) and not at the Cort Theatre, as previously announced. THE PROM will begin performances on Tuesday, October 23, 2018 and officially open on Thursday, November 15, 2018.

We’ve got trouble, folks, right here in Indiana and when Broadway’s brassiest hear a student is unceremoniously sidelined from a small-town Indiana prom – and the press is involved – they are ready to kick-ball-change the world. A new musical comedy about the power of love (and a good 11 o’clock number), THE PROM is about so much more than just a dance.