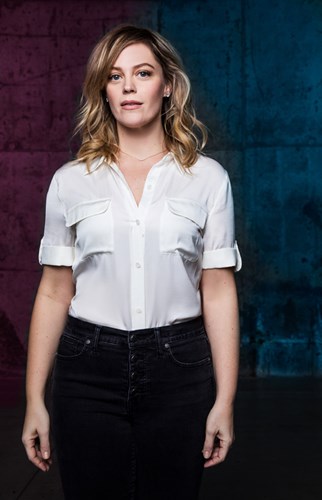 TO STAR ON BROADWAY IN

THIS FALL AT THE BROADHURST THEATRE

KATHRYN GALLAGHER (Bella) can currently be seen as Annika on Netflix’s mega hit show “YOU” produced by Greg Berlanti and Sera Gamble, starring John Stamos, Penn Badgley and Shay Mitchell. In 2015, Kathryn made her Broadway debut in the Tony nominated revival of Spring Awakening. Kathryn’s music has had placements in film/TV such as “Younger” “Covert Affairs” and Stuart Blumberg’s “Thanks For Sharing.”

CELIA ROSE GOODING (Frankie Healy) is excited to be returning to the role after her debut as Frankie Healy in the world premiere of Jagged Little Pill at the American Repertory Theater in Cambridge, Massachusetts. Past roles include Penelope Pennywise in Urinetown and Carmen Diaz in Fame at The Rosetta LeNoire Musical Theatre Academy in New York City. Celia has studied Acting and Film at the Berridge Conservatory in Normandy, France with a concentration in Shakespeare, and studied dance at The Alvin Ailey Institute. She is a graduate of Hackley School in Tarrytown, New York with hours in performing arts. She is currently a student at Pace University in New York City, majoring in Musical Theatre. @celia_gooding

ELIZABETH STANLEY (Mary Jane Healy) recently starred in the world premiere of the new musical Jagged Little Pill by Alanis Morissette, Diablo Cody, and Glen Ballard, directed by Diane Paulus at A.R.T. She previously appeared on Broadway in the revival of On the Town (Drama Desk Nomination), Million Dollar Quartet, Cry-Baby, and the Tony Award-Winning revival of Company as well as the First National Tours of The Bridges of Madison County and Xanadu. On television, Elizabeth can be seen in “NOS4A2” (upcoming), “FBI," “The Get Down", “The Affair,” “Black Box,” “Made in Jersey,” “Fringe,” “The Chappelle Show,” and “PBS Great Performances - Company.”