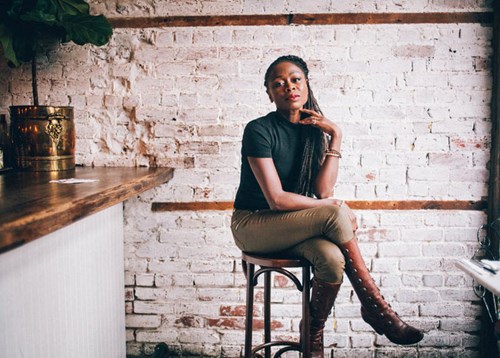 In “Eclipsed,” which begins previews Feb. 23 at the Golden, Zainab Jah plays Maima, an AK-47-toting soldier who has given herself the name Disgruntled. But one evening at a South Brooklyn bistro, plates of oysters arrayed before her, Ms. Jah seemed content. “I’m greedy,” she said, with enthusiasm and without apology.

A self-described “fitness fanatic” who declined to give her age (“I don’t tell; I’m a lady,” she said), Ms. Jah is slim and not quite 5-foot-2, but with her plumb line posture, coiled braids and forceful energy, she looms larger. Especially when she’s holding a machine gun. Onstage, in Danai Gurira’s play about women entangled in a civil war in Liberia, she is incandescent, fierce and gentle, moving with tenacious grace. Offstage, the wattage is only a little dimmer. She even manages to slurp oysters with poise.