Win Tickets and More from LATIN HISTORY FOR MORONS 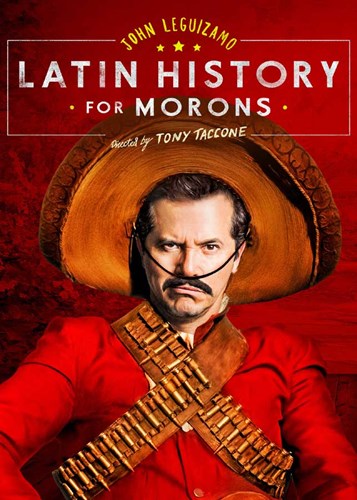 Win Tickets and More from Latin History for Morons

Emmy Award winner John Leguizamo returns to Broadway in his new one-man tour de force, Latin History for Morons. Inspired by the near total absence of Latinos in his son’s American history class, John embarks on a frenzied search to find a Latin hero for his son’s school project. From a mad recap of the Aztec empire to stories of unknown Latin patriots of the Revolutionary War and beyond, Leguizamo breaks down the 3,000 years between the Mayans and Ricky Ricardo into 90 irreverent and uncensored minutes in his trademark style.

Join Broadway Boosters and you could win tickets to see Broadway’s Latin History for Morons. Broadway Boosters is a community of theater lovers that shares content through social networks. Visit BroadwayBoosters.com to win prizes for talking about Broadway and get access to affordable tickets with the Telecharge Digital Lottery.