Win a Night out for Two at WAR PAINT 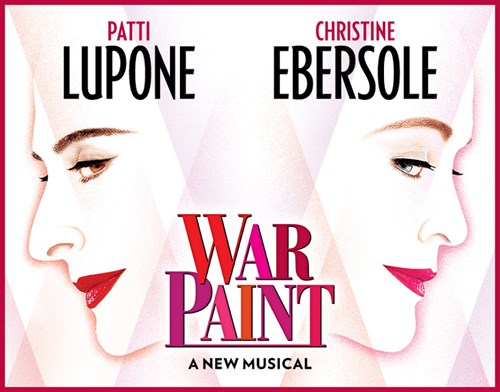 Win a Night out for Two at War Paint

You could win tickets to War Paint and dinner before the show.

War Paint tells the remarkable story of cosmetics titans Helena Rubinstein (Patti LuPone) and Elizabeth Arden (Christine Ebersole), who defined beauty standards for the first half of the 20th Century. Brilliant innovators with humble roots, both women were masters of self-invention who sacrificed everything to become the country’s first major female entrepreneurs. From Fifth Avenue society to the halls of Congress, their intense rivalry was ruthless, relentless and legendary—pushing both women to build international empires in a world dominated by men.

Join Broadway Boosters and you could win dinner and a show. Broadway Boosters is a community of theater lovers that shares content through social networks. Visit BroadwayBoosters.com to win prizes for talking about Broadway and get access to affordable tickets with the Telecharge Digital Lottery.