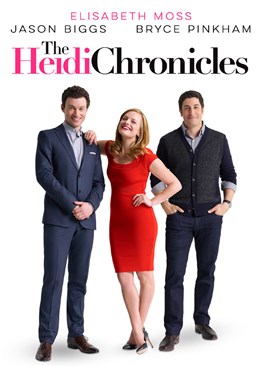 Golden Globe® winner, Elisabeth Moss (Mad Men, Speed-the-Plow) has been called "one of the most exciting actresses in America" by The New York Times. And now she returns to Broadway as Heidi Holland – a woman willing to do what it takes to take on the world – in The Heidi Chronicles. This remarkable comedy follows one woman’s three-decade journey of trial and triumph as she grows from an insecure girl brimming with hope into an accomplished woman still searching for truth.