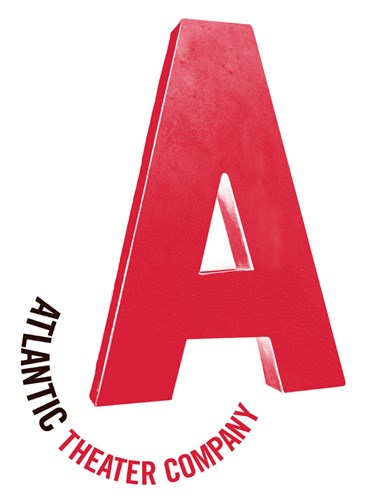 for their extraordinary leadership in arts philanthropy.

Atlantic Theater Company (Neil Pepe, Artistic Director; Jeffory Lawson, Managing Director; Mary McCann, School Executive Director) will present their Annual Gala on Monday, March 4, 2019 at The Plaza (768 Fifth Avenue). Divas’ Choice will celebrate powerhouse women of Atlantic on and off the stage with a fabulous evening of performances. This year, Atlantic asked four trailblazing women in the arts to choose a song they love and their favorite musician to perform it, to be revealed at the event.

Divas’ Choice will honor Vicki Reiss (Executive Director, The Shubert Foundation), Emily Tow Jackson (Executive Director & President, The Tow Foundation), and Carol Auerbach (Atlantic Board Member, Auerbach Family Foundation) for their extraordinary leadership in arts philanthropy. Atlantic is thrilled to recognize these three remarkable women in philanthropy who, alongside the Foundations they work for, deeply believe in the arts and work to keep the theater vibrant for everyone. With Vicki Reiss at the helm, The Shubert Foundation has been a very generous funder of Atlantic’s work for the past 25 years. Carol Auerbach joined Atlantic’s Board of Directors in 2006, and since then has been an unwavering supporter of Atlantic through its growth both on stage and off. More recently, Emily Tow Jackson and The Tow Foundation have directly cultivated new voices and stories at Atlantic through consecutive emerging playwright residencies.

Artistic Director Neil Pepe says, “Many stories in our current season center around a female perspective. It’s a year of celebrating woman for their exceptional contributions on the stage and behind the scenes. We are thrilled to be continuing this theme at our annual gala in March. In addition to featuring extraordinary women artists, we are recognizing three special friends of Atlantic who support our work – Carol, Emily and Vicki. These three women are leaders in philanthropy both in New York City and nationally. Their amazing commitment to sustaining theater is remarkable and we are honored to recognize them for their work.”

Divas’ Choice is co-chaired by Board Members Deborah Magid and Justin Mohatt and will begin at 6:30pm at The Plaza with cocktails and hors d’oeuvres, followed by a three-course dinner at 7:30pm, a thrilling live auction, and star-studded performances. With an auction chaired by Board Member Wolf Hengst, packages will include incredible accommodations in the world’s most luxurious corner, behind-the-scenes access to theater premieres, and television set tours. Auction services are provided by Gary Metzner, Senior Vice President, Sotheby’s.

The annual Gala is Atlantic’s most important fundraising event of the year. Gala contributions make up more than 25% of the total donations to Atlantic in an entire season and will benefit Atlantic’s annual productions, new play and musical development activities and arts education initiatives for more than 4,000 public school students across New York City. These educational programs give children from underserved backgrounds the increasingly rare opportunity to express themselves creatively and promote in-school engagement.

ATLANTIC THEATER COMPANY (Neil Pepe, Artistic Director; Jeffory Lawson, Managing Director; Mary McCann, School Executive Director). At Atlantic, our aim is singular—to empower simple and honest storytelling that fosters greater understanding of our shared world. We are a family of artists dedicated to exploring essential truths onstage, be it a show at Atlantic Theater Company or a class at Atlantic Acting School. As a producer, presenter, and educator of theater, we are driven by the belief that theater can challenge and transform our ways of thinking and urge us to reflect on our role in society. From our Tony Award and Pulitzer Prize-winning productions to our community-based education programs, we are committed to uncovering and celebrating the stories of our varied human existence. Founded as an ensemble of impassioned artists in 1985, Atlantic Theater Company has grown into a powerhouse off-Broadway company. We challenge, inspire, and awaken audiences with truthful storytelling presented across our two venues, the Linda Gross Theater and the intimate Stage 2 black-box. As a producer of compelling new works, we are committed to championing the stories from new and established artists alike, amplifying the voices of emerging playwrights through our deeply collaborative programs and initiatives. We have produced more than 200 plays and musicals including Tony Award-winning productions of The Band’s Visit (David Yazbek, Itamar Moses), now playing on Broadway; Spring Awakening (Steven Sater, Duncan Sheik); and The Beauty Queen of Leenane (Martin McDonagh); Pulitzer Prize recipient Between Riverside and Crazy (Stephen Adly Guirgis); New York Drama Critics’ Circle winner for Best New Play The Night Alive (Conor McPherson) and Best Foreign Play Hangmen (Martin McDonagh); Obie Award winner for Best New American Play Describe the Night (Rajiv Joseph); and Obie Award Special Citation recipient Skeleton Crew (Dominique Morisseau). For more information, visit atlantictheater.org.