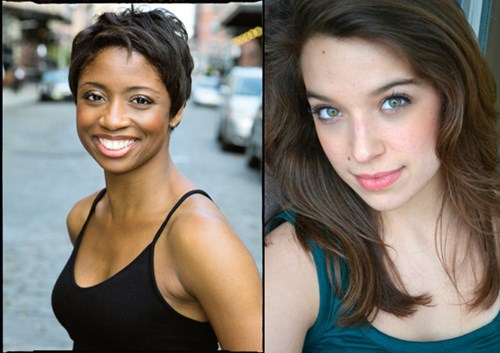 Tony Award-nominee Montego Glover (Memphis) will assume the role of Fantine beginning Tuesday, September 1 in Cameron Mackintosh’s acclaimed new Broadway production of Claude-Michel Schönberg & Alain Boublil’s LES MISÉRABLES,now in its second year at the Imperial Theatre (249 West 45th Street). She succeeds Erika Henningsen in the role.  Glover, who also received the Drama Desk and Outer Critics’ Circle Awards for her acclaimed performance in Memphis, most recently co-starred on Broadway in the musical It Shoulda Been You.   Also on September 1, Alex Finke makes her Broadway debut in the role of Cosette, succeeding Samantha Hill.

Glover and Finke join previously announced Alfie Boe, the internationally-acclaimed performer who takes over the role on Jean Valjean at the same performance.  Tony Award nominee Ramin Karimloo will give his final performance as Valjean on Sunday, August 30. Boe is beloved to millions of LES MIZ fans for his legendary performance in the London 25th Anniversary Concert at the O2 Arena.  He made his Broadway debut as Rodolfo in Baz Luhrmann’s acclaimed production La Boheme, for which he and his co-stars received a special Tony Award in 2003 for their performances.

Alex Finke (Cosette) originated the role of Hope Harcourt on the first national tour of Anything Goes, directed by Kathleen Marshall. She played Kit in the regional premiere of the re-worked The Unsinkable Molly Brown at the Denver Center. In New York, she has been seen in a number of readings and workshops, working with directors including Casey Nicholaw and Michael Mayer.  Regionally Alex has performed roles at Pittsburgh CLO and Music Theatre Wichita.

While the original London production of LES MISÉRABLES prepares to celebrate its record-breaking 30th Anniversary on October 8th of this year, the new version of the show is making history playing to packed houses on Broadway, and in Australia, Japan, South Korea and Spain.  In 2015, all four of Mackintosh’s ‘mega-hits’ were back in London’s West End:  the original productions of Les Misérables and The Phantom of the Opera, the smash hit new production of Miss Saigon, now in its second year, and the limited return engagement of Cats.

The original New York production of LES MISÉRABLES premiered first at the Broadway Theatre on March 12, 1987, later moving to the Imperial on October 17, 1990, where it played until May 18, 2003, for a total Broadway run of 6680 performances.   LES MISÉRABLES is the 5th longest-running Broadway production of all time.