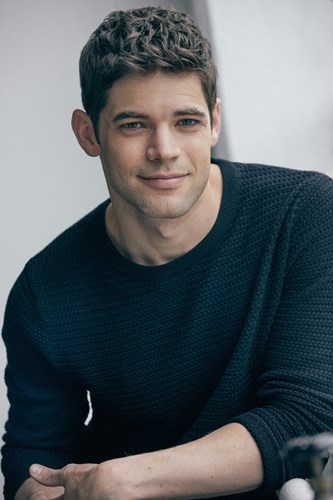 Jordan completes the company as “Officer Paul Larkin,” originating his first role in a dramatic play on Broadway. He returns to the stage after filming the hit CW series “Supergirl” since 2015. Jordan also originated acclaimed leading roles in Newsies, Bonnie & Clyde, and Finding Neverland at A.R.T.

"I'm thrilled for the opportunity to join this remarkably talented group of artists. I've been dying to return to Broadway for quite some time, and American Son is everything I could ask for: challenging, timely, intimate, and a vast departure from anything else I've ever done,” says Jordan. “What I love most about this piece is that from the moment the lights come up, it forces us to listen. Even when we disagree, even when we know we must be right, it reminds us we still have to listen to each other, and for some reason that's something I think we collectively decided to stop doing a long time ago. I'm very excited to be joining Kenny Leon and this fantastic cast to tell this incredibly important story."

AMERICAN SON will begin performances on Saturday, October 6, 2018 with an official opening night set for Sunday, November 4, 2018.  American Son will play a limited engagement at the Booth Theatre on Broadway (222 West 45th Street).

Washington returns to Broadway in this new drama after making her debut in David Mamet’s Race (2009) and starring, for seven acclaimed seasons, on the hit television ABC series “Scandal.”  Pasquale returns to Broadway following his starring roles in Junk (LCT) and Bridges of Madison County.  On television Pasquale is known for his performances in “The People Vs. OJ Simpson: American Crime Story” and seven seasons on “Rescue Me.”

DO YOU KNOW WHERE YOUR CHILDREN ARE?  A Florida police station in the middle of the night; a mother searching for her missing teenage son.  AMERICAN SON is a gripping tale of two parents caught in our national divide, with their worst fears hanging in the balance.

JEREMY JORDAN (Officer Paul Larkin) is a Tony and Grammy-nominated actor and singer. He starred for the past three years on the CBS and CW hit, “Supergirl.” He can be heard as the voice of “Varian” in Disney Channel’s animated series, “Tangled,” based on the 2010 hit movie. Earlier, he was a series regular on NBC’s musical drama, “Smash,” and he starred opposite Anna Kendrick in the film adaptation of Jason Robert Brown’s beloved musical, The Last 5 Years. He was honored with the Rising Star Award at the Napa Film Festival for his work on that film. Jordan also starred opposite Queen Latifah and Dolly Parton in Todd Graff's Warner Bros. picture, Joyful Noise. On Broadway, he originated the role of “Jack Kelly” in Disney's hit musical, Newsies, earning Tony, Grammy, and Drama Desk nominations. He reprised the role in 2016 in Disney’s nationwide release of Newsies, taped live onstage at LA’s Pantages Theatre. Jordan originated the role of “Clyde Barrow” in Broadway's Bonnie & Clyde, for which he won the Theatre World Award. He got his Broadway start in Rock of Ages, and he then starred as “Tony” in the most recent Broadway revival of West Side Story. Jordan is represented by ICM Partners and Schachter Entertainment.