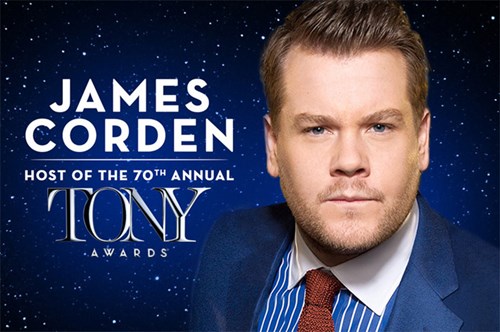 The past Tony-winner will preside over the 2016 Tony Awards show, broadcast live from the Beacon Theatre in New York City, Sunday, June 12 (8:00-11:00 PM, live ET/delayed PT) on the CBS Television Network.

This will be Corden’s first time hosting the Tonys. He won a Tony Award in 2012 for Best Performance by a Leading Actor in a Play for his performance in One Man, Two Guvnors.

The Tony Awards are presented by The Broadway League and the American Theatre Wing.