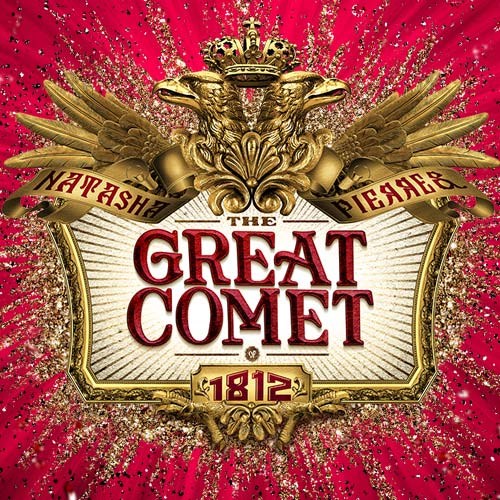 WILL MAKE HIS LONG-AWAITED RETURN TO A BROADWAY MUSICAL

BEGINNING AUGUST 15, FOR THREE WEEKS ONLY IN
THE GREAT COMET
STARRING AS ‘PIERRE’

(New York, NY – July 26, 2017) Tony and Emmy Award winner Mandy Patinkin will make his long-awaited return to Broadway in NATASHA, PIERRE & THE GREAT COMET OF 1812, starring as ‘Pierre’ from August 15 - September 3 only.

Although he appeared in An Evening With Patti LuPone and Mandy Patinkin on Broadway in November 2011/2012, and in The Last Two People On Earth: An Apocalyptic Vaudeville, starring Mandy and Taylor Mac, directed and choreographed by Susan Stroman in NY in 2013 and at ART in Boston in May 2015, this will be Patinkin’s first role in a Broadway musical since 2000, when he was nominated for a Tony for The Wild Party.

Tickets are on sale now at Telecharge.com.Mandy Patinkin has given iconic performances in every major entertainment medium. On Broadway, he created the role of ‘Che’ in Evita and ‘George’ in Sunday in the Park with George. Television appearances include his currently Emmy nominated performance as Saul on “Homeland,” “Chicago Hope,” “Dead Like Me,” and “Criminal Minds.” Feature films include Yentl, Dick Tracy, and the beloved “Inigo Montoya” in The Princess Bride. In all, he has been nominated for six Emmy Awards, three Golden Globes, and three Tonys, winning an Emmy for “Chicago Hope” and a Tony Award for Evita.

“Mandy Patinkin is a titan of musical theatre. He has given us some of the most unforgettable performances in Broadway history and created some of the most iconic leading roles ever written for musical theater,” said producer Howard Kagan. “So it's an incredible honor that  Mandy said yes to the idea of making his return to Broadway as Pierre in The Great Comet. We can't wait to see how Mandy makes the role of Pierre his own as he joins the Comet family.”

Patinkin will star opposite Tony nominated actress Denée Benton as ‘Natasha.’ Okieriete “Oak” Onaodowan will play his final performance as ‘Pierre’ on August 13.

Natasha is young, Anatole is hot, and Andrey isn't here… but what about Pierre? Natasha is a beautiful ingénue visiting Moscow while she waits for her beloved fiancé Andrey to return from the war. In a moment of indiscretion, she is seduced by the dashing (but already married) Anatole and her position in society is ruined. Her only hope lies with Pierre, the lonely outsider whose love and compassion for Natasha may be the key to her redemption… and to the renewal of his own soul.

“One of the decade's best musicals” (Time Out New York), THE GREAT COMET has “rousing music and ravishing performances” (Daily News) with a groundbreaking score that mixes rock, pop, soul, folk and electronic dance music with classic Broadway. THE GREAT COMET arrives fresh off its sold-out run in Boston and its critically acclaimed Off-Broadway premiere. Its renowned creative team has reimagined the Imperial Theatre as an opulent Russian salon, where every seat provides a unique perspective and an unforgettable experience which is “thrilling, a feast for the senses” (Associated Press) and “inventive, ravishing and full-on romantic” (New York Post).