Tim Pigott-Smith Plays the Man Who Would Be a Monarch 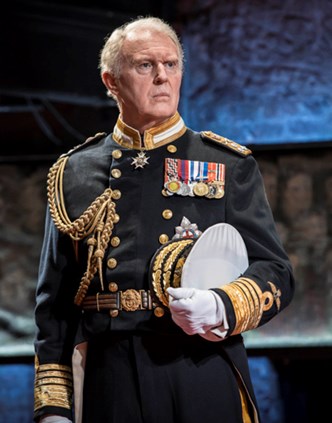 Tim Pigott-Smith Plays the Man Who Would Be a Monarch

LONDON — Over a long and illustrious acting career, Tim Pigott-Smith has played monarchs in some of history’s greatest plays, so on the day he was handed a new script imagining Prince Charles’s future reign as king of England, he was skeptical that it could measure up.

“My initial reaction was, Well, it’s pretty unlikely that this can be any good,” he recalled. “It will be 10 minutes of pastiche, and it will be quite funny, and then die on its feet.”

But as Mr. Pigott-Smith began turning the pages of “King Charles III,” he changed his mind. The play, by Mike Bartlett, begins with the funeral of Queen Elizabeth II and follows Charles through a fantastical, but also imaginable, conflict with the elected British government over press restrictions proposed in response to phone hacking by reporters. And the text also has an unusual feature that immediately appealed to a classically trained actor who has appeared in 18 Shakespeare plays: It was written in blank verse.