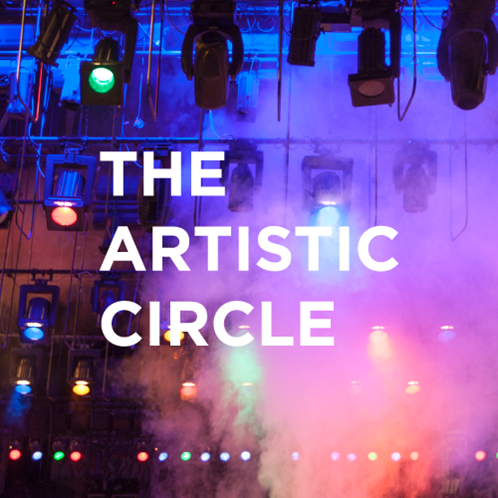 
NEW YORK (August 10, 2021) – Following an open call for submissions, The Shubert Organization’s Artistic Circle is thrilled to announce the first five producers chosen to participate in its Core Program. Part of Shubert’s commitment to equity, diversity, and inclusion, the Artistic Circle provides assistance to BIPOC commercial theatre producers who are in the early-to-mid stage of their careers and have a project currently in development.

Victoria Detres, Lawryn LaCroix, Bryan Joseph Lee, Sammy Lopez and Danny Marin will be the inaugural members of The Shubert Organization’s new program. More information on each member is available at https://shubert.nyc/about-us/the-artistic-circle/.

In addition to financial support for their developmental projects, Artistic Circle members will receive bespoke support from The Shubert Organization to help further their careers as commercial producers over the next season. Examples of this support may include office space, rehearsal and performance space, mentorship from established commercial producers, invitations to industry readings and special events, and attendance at performances throughout the year. As the first participants, these producers will give feedback to help shape the program, with the goal of an expanding, sustainable circle.

“To address the historical lack of representative producers on Broadway and off-Broadway, we are placing an emphasis on nurturing BIPOC producers for the commercial theatre,” said Robert E. Wankel, Chairman and CEO of The Shubert Organization. “We’re honored to have the opportunity to work with this slate of producers and launch this new initiative.”

In a joint statement, the Artistic Circle Producers shared that: “In response to the 18-19 Visibility Report from AAPAC (Asian American Performers Action Coalition), 6.4% of producers on Broadway identified as BIPOC. As the oldest and largest property owner on Broadway, The Shubert Organization has a unique opportunity to support and amplify the next generation of BIPOC commercial producers, artists and communities. We are thrilled to be the inaugural cohort of The Artistic Circle which will make space for new voices and redefine how commercial producers from historically excluded communities can be offered resources that disrupt the traditional development paths of new stories in our industry.”

Shubert looks forward to sharing the creative work from these producers as it is developed. In addition to the Core Program, the Artistic Circle will be scheduling a series of virtual and in-person events to nurture connections within the theatre community for producers of color.

Victoria Detres
Victoria is a mixed producer and director born and raised in New York City. She is passionate about building a platform for contemporary theatre’s innovative voices; particularly those of marginalized communities. Victoria, while highlighting these voices, also aims to dismantle the structures that do not allow for access, and restructure for equity and accessibility. Victoria is a graduate from the New York Theatre Workshop 2050 Producing Fellowship for the 2018-2019 season. Currently, Victoria works as the producing assistant at Octopus Theatricals.

Lawryn LaCroix
Lawryn LaCroix is a New York City/London based actor and producer, writer and educator. Her work exists in and explores the female space. Lawryn started her production company Pinkhouse Productions in 2017 dedicated to producing meaningful, inspiring, unique work exploring the female space. Pinkhouse has worked with both Tony, Emmy, and Golden Globe winners on original productions. Led by an all-female team, Pinkhouse strives to empower in the arts and provide the means by which storytellers can assert their individual voices.

Sammy Lopez
Sammy Lopez (he/him) is a Mexican-American artist dedicated to uplifting historically excluded voices & stories through the arts. He is currently producing the new musical Gun & Powder and recently co-produced The Old Vic's A Christmas Carol on Broadway and Be More Chill on and off-Broadway. Projects in development include How To Dance In Ohio and Bradical. He is a co-founding member of The Industry Standard Group (TISG) and serves on the board of the New 42, TYA/USA, and CO/LAB Theater Group.

Danny Marin
Danny Marin (They/He) is an award-winning queer, latine artist and producer. They are the Executive Director of Con Limón Productions which strives to create a more equitable industry not only on the stage, but behind the table. They are a co-producer of Jay Armstrong Johnson’s I Put A Spell On You benefiting BC/EFA. Danny previously produced Twohander starring Sherie Rene Scott & Norbert Leo Butz at Feinstein’s/ 54 Below, and the development of new musicals Siren, SCOUTS, and Burning Man: The Musical.