'The Present' with Cate Blanchett Will Play Broadway's Barrymore Theatre 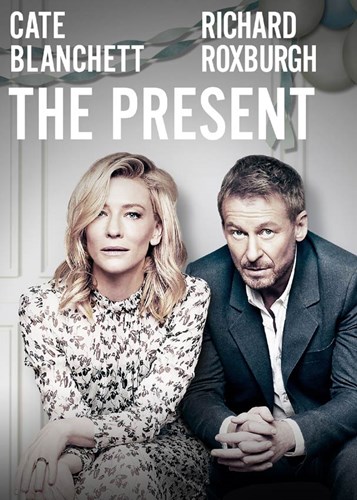 The Sydney Theatre Company production of

THE PRESENT will begin previews on Broadway Saturday, December 17, 2016 and open Sunday, January 8, 2017 at the Barrymore Theatre on Broadway and will play a limited engagement through Sunday, March 19, 2017.

Set and costume design for THE PRESENT is by Alice Babidge with lighting design by Nick Schlieper. Stefan Gregory is Sound Designer and Composer.

THE PRESENT will be produced on Broadway by Stuart Thompson and Sydney Theatre Company.

Variously known as Platonov, Wild Honey, Fatherlessness and The Disinherited, Anton Chekhov’s first play was not discovered until 1920, some 16 years after the playwright’s death.  Andrew Upton’s adaptation is set post-Perestroika in the mid-1990s at an old country house where friends gather to celebrate the birthday of the independent but compromised widow Anna Petrovna (Blanchett).  At the center is the acerbic and witty Platonov (Roxburgh) with his wife, his former students and friends and their partners.  They may appear comfortable, but boiling away inside is a mess of unfinished, unresolved relationships, fuelled by twenty years of denial, regret and thwarted desire.

Cate Blanchett and Richard Roxburgh are making their Broadway debuts in THE PRESENT.  They previously appeared together on the New York stage in Sydney Theatre Company’s acclaimed production of Andrew Upton’s adaptation of Chekhov’s Uncle Vanya. Additionally, Cate Blanchett appeared in New York in Sydney Theatre Company’s productions of Hedda Gabler, A Streetcar Named Desire and The Maids.

Andrew Upton was at the creative helm of Sydney Theatre Company (STC) for the last eight years, the first five as co-Artistic Director alongside Cate Blanchett.  During the Upton/Blanchett years, STC’s international touring profile increased with tours of Waiting for Godot to the UK, Gross und Klein (Big and Small) to the UK, France, Austria and Germany, both A Streetcar Named Desire and Uncle Vanya to Washington and New York and The Maids to New York.  A History of Everything, commissioned by STC as a co-production with Belgian theatre company Onteroend Goed, has also had seasons in Chicago and in Belgium, Holland and the UK while Long Day's Journey into Night played in Portland, Oregon.

Australian critical reception for THE PRESENT.

“If you are lucky enough to be in Sydney, this is a night of theatre you can’t afford to miss,” noted Nancy Groves in The Guardian of “Andrew Upton’s masterful adaptation of Chekhov’s novice play.  Their (Blanchett and Roxburgh) chemistry is electrifying as ever.   Masterfully choreographed by director John Crowley.”

Jo Litson of the Sunday Telegraph praised the “brilliantly blistering Sydney Theatre Company production.  Both (Blanchett and Roxburgh) draw on deep, uninhibited, emotional reserves and their chemistry is electric.  As Upton prepares to leave STC at the end of the year, The Present is a thrilling parting gift.”

“Roxburgh and Blanchett are superb” pronounced the Daily Telegraph’s Chris Hook, adding “It’s very much an ensemble effort and all the richer for it. The Present is an exquisitely enjoyable outing to cherish.”

JOHN CROWLEY (Director) John Crowley recently directed the acclaimed film Brooklyn which received three Oscar nominations including Best Picture. His Broadway credits include Martin McDonagh's A Behanding in Spokane and The Pillowman (2005 Tony Award nomination for Best Direction of a Play). A Steady Rain with Hugh Jackman and Daniel Craig, and Sean O'Casey's Juno and the Paycock (Roundabout). Other theatre credits include Nick Payne's The Same Deep Water As Me, Tales From Hollywood, The Maids, How I Learned To Drive and Into The Woods (all at The Donmar Warehouse, London); The Playboy Of The Western World (Old Vic Theatre); Love Song, On An Average Day (Sonia Friedman Productions); Fair Ladies At A Game Of Poem Cards and The Pillowman, (Royal National Theatre London); Shadows (Royal Shakespeare Company); The Crucible and Six Characters In Search Of An Author (Abbey Theatre Dublin); True Lines and Double Helix (both devised plays, Bickerstaffe Theatre Company). John's film credits include Boy A for which he received a BAFTA for Best Director, Is Anybody There? and Intermission for which he received the Douglas Hickox Best Debut Director Award at The British Independent Film Awards.

STUART THOMPSON (Producer) has been active on Broadway for many years. Recent credits include King Charles III, The Curious Incident of the Dog in the Night-Time, No Man’s Land / Waiting for Godot, The Testament of Mary, Cat on a Hot Tin Roof (2012-2013), Death of a Salesman (2012), Jerusalem, The Motherf**ker With the Hat, A View From the Bridge (2010), God of Carnage, Exit the King, all on Broadway, and Mike Bartlett’s play Cock, off Broadway; he is also the executive producer of the U.S. companies of The Book of Mormon.