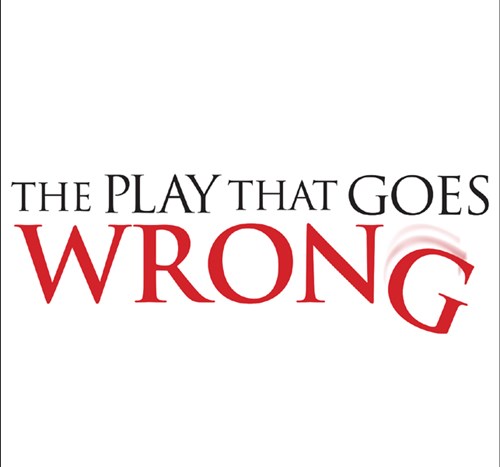 GOOD GOD, I NEEDED THAT!

The producers of Broadway’s longest running comedy, The Play That Goes Wrong, announced today that the Tony Award-winning production will transfer Off-Broadway to New World Stages (340 West 50th Street). The Play That Goes Wrong will begin performances on Monday, February 11 and will open on Wednesday, February 20. After 27 previews and 745 performances the Mischief Theatre production will play its final Broadway performance on Sunday, January 6, 2019, making it the 2nd longest running show in the history of the Lyceum Theatre (after the original Born Yesterday in 1947).

Producer Kevin McCollum said “It’s wonderful when a Wrong move feels so right. New World Stages is a great fit for the hit that won’t quit!”

Producer Kenny Wax said “After almost two years on Broadway we think that we are finally ready for Off-Broadway.”

Mischief Theatre co-founder and co-writer Jonathan Sayer said “I didn’t know this was happening? Does this mean we have closed at The Lyceum? This kind of info really should be passed on.”

The Play That Goes Wrong will be directed Off-Broadway by Matt DiCarlo. The original Broadway direction is by Mark Bell.

Cast and creative team will be announced at a later date.

The Play That Goes Wrong began performances on Broadway March 9 and officially opened on April 2, 2017 at The Lyceum Theatre (149 West 45 Street).

Co-written by Mischief Theatre company members Henry Lewis, Jonathan Sayer and Henry Shields, The Play That Goes Wrong is a riotous comedy about the theatre. The play introduces The ‘Cornley University Drama Society’ who are attempting to put on a 1920s’ murder mystery, but as the title suggests, everything that can go wrong…does, as the accident prone thespians battle on against all odds to get to their final curtain call.

Awarded 2015 Olivier Award for Best New Comedy, 2014 WhatsOnStage Best New Comedy and 2015 UK BroadwayWorld Best New Play Awards, The Play That Goes Wrong is now in its fourth year in the West End, is currently on a 30 week UK tour and playing on six continents. The producers have avoided Antarctica for fear of a frosty reception.

It is a remarkable rags-to-riches story for a play which started its life at a London fringe venue with only four paying members of the public at the first performance, and has gone on to play to an audience of over 1.5 million people around the world.

In addition to the current hit London production of The Play That Goes Wrong at The Duchess Theatre, Mischief Theatre’s The Comedy About A Bank Robbery plays The Criterion Theatre and in January 2017 their production of Peter Pan Goes Wrong completed a limited holiday run at The Apollo Theatre to rave reviews, making Henry Lewis, Jonathan Sayer and Henry Shields the youngest ever writers to have three shows playing simultaneously in the West End. Their specially filmed studio version of Peter Pan Goes Wrong was broadcast by the BBC on New Year’s Eve 2016 and this year they were commissioned to write A Christmas Carol Goes Wrong which broadcast on BBC One over Christmas. Both shows were seen by over six million people in the UK.