The Phantom of the Opera Reaches a Record-Extending 29 Years 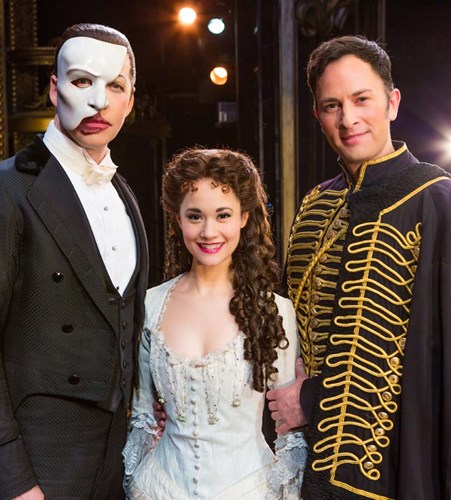 SHOW OF ALL TIME

AT THE MAJESTIC THEATRE

has played over 12,000 performances

and continues with no end in sight

The longest-running show in Broadway history, the Cameron Mackintosh and The Really Useful Group production of Andrew Lloyd Webber’s THE PHANTOM OF THE OPERA, directed by Harold Prince, once again makes theater history, reaching a phenomenal 29 Years.  A record-extending feat achieved by no other Broadway show, the 29th Anniversary will took place this Thursday, January 26 with two performances (2 & 8PM) at The Majestic Theatre (247 West 44th Street).

One of the most successful stage productions of all-time, the New York production has played over 12,000 performances to 17.5 million people and grossed a staggering more than $1 billion. THE PHANTOM OF THE OPERA has been Broadway’s longest-running show for over a decade and its astounding longevity in New York and around the world is unprecedented.

This spring, with the return of Sunset Boulevard, Andrew Lloyd Webber will have the rare distinction of having four musicals running simultaneously on Broadway: THE PHANTOM OF THE OPERA, School of Rock - The Musical, Cats and Sunset Boulevard.

THE PHANTOM OF THE OPERA is produced by Cameron Mackintosh and The Really Useful Group, has music by Andrew Lloyd Webber and is directed by Harold Prince.  Lyrics are by Charles Hart (with additional lyrics by Richard Stilgoe) and the book is by Richard Stilgoe and Andrew Lloyd Webber.  THE PHANTOM OF THE OPERA has production design by the late Maria Björnson, lighting by Andrew Bridge and sound design by Mick Potter with original sound by Martin Levan.  Musical staging and choreography is by Gillian Lynne.  Orchestrations are by David Cullen and Andrew Lloyd Webber.