THE PHANTOM OF THE OPERA Announces Principal Cast Changes 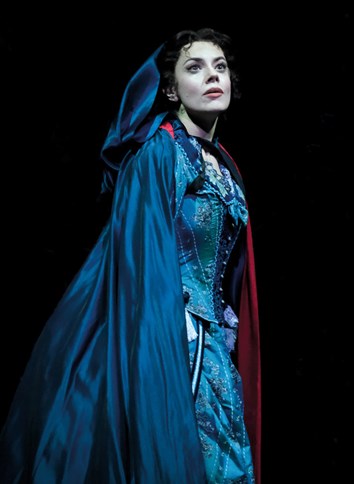 SHOW OF ALL TIME

CAST CHANGES FOR THE

has surpassed an unprecedented

The longest-running show in Broadway history, THE PHANTOM OF THE OPERA is one of the most successful stage productions of all-time.  The New York production has played an unprecedented, record-breaking 31 Years and over 13,000 performances to more than 19 million people at New York’s Majestic Theatre (247 West 44th Street).  Each and every performance extends its astonishing record.

Mr. Riddle is the twentieth man to officially take over the role of Raoul in the Broadway production.  He succeeds ‘Phan’ favorite Jay Armstrong Johnson, who joined the cast in April 2018.  Mr. Johnson’s final performance will be Tuesday evening, September 3.

Mr. Dean is the eighth man to officially take over the role of André in the Broadway production.  He succeeds PHANTOM veteran Laird Mackintosh, whose long history with the show began in 1993 in the original Canadian production of PHANTOM.  He played the role of Raoul for three years and also covered the title role.  He joined the New York production as André in August 2013, also covering the title role, which he’s played on Broadway over 200 times.  Mr. Mackintosh’s final performance will be Tuesday evening, September 10.

Beginning the week of October 14, PHANTOM will welcome Ms. Picerno in her Broadway debut:

Ms. Picerno is the twenty-second actress to be cast as the production’s Principal Christine.  She succeeds current, acclaimed leading lady Kaley Ann Voorhees, who made her Broadway and PHANTOM debuts in September 2014 as the Christine Alternate.  At the age of 20, she became the youngest actress to play the role in the Broadway production.  She played the role off and on for several engagements – working in between with PHANTOM director Harold Prince on both his Prince of Broadway and Candide – before assuming the role of the Principal Christine in November 2018.  Ms. Voorhees’ final performance will be Saturday evening, October 12.

Continuing in their roles are Ben Crawford as The Phantom, Craig Bennett as Monsieur Firmin, Raquel Suarez Groen as Carlotta, Maree Johnson as Madame Giry, Carlton Moe as Piangi and Kelsey Connolly as Meg Giry.  At certain performances, Eryn LeCroy plays the role of Christine.  THE PHANTOM OF THE OPERA has been the largest single generator of income and jobs in Broadway and U.S. theatrical history, including employing more than 400 actors during its 31-year Broadway run.

THE PHANTOM OF THE OPERA is produced by Cameron Mackintosh and The Really Useful Group, has music by Andrew Lloyd Webber and is directed by the late Harold Prince.  Lyrics are by Charles Hart with additional lyrics by Richard Stilgoe and the book is by Richard Stilgoe and Andrew Lloyd Webber.  Musical staging and choreography is by the late Gillian Lynne.  THE PHANTOM OF THE OPERA has production design by the late Maria Björnson®, lighting by Andrew Bridge and sound by Mick Potter with original sound by Martin Levan.  Musical supervision and direction is by David Caddick and orchestrations are by David Cullen and Andrew Lloyd Webber.

Since its debut on January 26, 1988, the Broadway production of THE PHANTOM OF THE OPERA has played an unprecedented 31 Years, an astonishing feat achieved by no other Broadway show.  It has been Broadway’s longest-running show for well over a decade and its astounding longevity in New York and around the world is unprecedented.

The musical became the longest-running show in Broadway history on January 9, 2006 with its 7,486th performance, surpassing the previous record-holder Cats, also by Andrew Lloyd Webber and also produced by Cameron Mackintosh.   Incredibly, since breaking that record, PHANTOM has played both an additional 13 years and over 5,000 performances – which by itself would be a smash hit run for a Broadway musical.

PHANTOM has played over 13,000 performances to 19 million people, having grossed a staggering more than $1.2 billion.  It remains a box office champ and continues to play with no end in sight.

Far ahead of all other productions by nearly a decade, PHANTOM has played over nine years and almost 4,000 performances more than Broadway’s current second longest-running show (Chicago).

THE PHANTOM OF THE OPERA became the first stage production in history to reach worldwide grosses of $6 billion, which it did in 2014.  Revenues far surpass the world’s highest-grossing film Avatar, as well as such other blockbusters as Titanic, The Lord of the Rings, Jurassic Park and Star Wars.

Worldwide, a staggering 145 million people have seen THE PHANTOM OF THE OPERA in 43 countries and 185 cities in 17 languages.

The flagship London production of THE PHANTOM OF THE OPERA had its World Premiere at London’s Her Majesty’s Theatre on October 9, 1986.  Its milestone 25th Anniversary in October 2011 was celebrated with a special production at London’s Royal Albert Hall.  A live recording was released on CD by Decca and a DVD of the event was released by Universal Home Entertainment. After 32 Years, it continues to play with no end in sight.

There are currently seven productions of THE PHANTOM OF THE OPERA around the world: London, New York, Sao Paulo (Brazil), Budapest (Hungary, in repertory, non-replica), Prague (Czech Republic, non-replica), Cameron Mackintosh’s spectacular new production (which celebrated its Sixth Anniversary on North American Tour in November) and the new (replica) World Tour (currently in its Israeli premiere, to be followed by Dubai in its United Arab Emirates premiere, October 2019). A new (replica) UK /Ireland Tour will launch in Leicester (England, February 2020).

The musical has won more than 70 major theater awards, including seven 1988 Tony Awards (including Best Musical) and three Olivier Awards plus the 2016 Olivier Audience Award in the West End.  The original cast recording, with over 40 million copies sold worldwide, is the best-selling cast recording of all time.  Since September 2010, thousands of high school and college student productions of PHANTOM have been licensed through R&H Theatricals.