THE CURIOUS INCIDENT to close on Broadway September 4 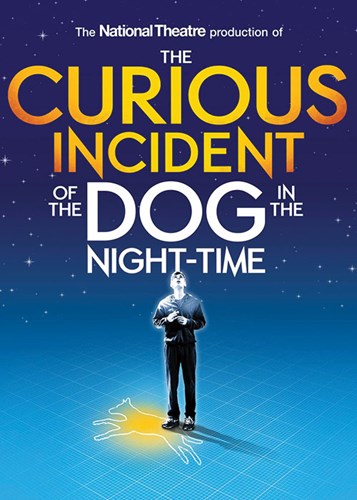 The Curious Incident of the Dog in the Night-Time

ENDS ITS HISTORIC RUN ON BROADWAY
On September 4

The Tony Award-winning production of the National Theatre's THE CURIOUS INCIDENT OF THE DOG IN THE NIGHT-TIME will close on Sunday, September 4, 2016. It will have played 23 previews and 800 regular performances (including 1 Actors Fund performance). The production opened on October 5, 2014 (previews began September 10, 2014) at the Barrymore Theatre.

"Truly Amazing. It's more than brilliant. I have never seen anything like it."
-David Richardson, NPR

"The most deliriously inventive new show on Broadway. This is the whole package, a rare case of entertainment that speaks to the heart and mind."
-Elisabeth Vincentelli, New York Post

"A tremendously exciting demonstration of the power of theatre. A reflection on truth, on the ways in which we look at the world, and on the magic of theatrical storytelling."
-David Rooney, Hollywood Reporter

A US National Tour of THE CURIOUS INCIDENT OF THE DOG IN THE NIGHT-TIME will launch in October, 2016.

THE CURIOUS INCIDENT OF THE DOG IN THE NIGHT-TIME transferred to London's West End, following a sold-out run at the National Theatre's Cottesloe Theatre in 2012. The production received seven 2013 Olivier Awards, including Best New Play, and continues to play to packed houses at the Gielgud Theatre in London and begins a second tour of the UK in January, 2017.

Fifteen-year old Christopher has an extraordinary brain; he is exceptionally intelligent but ill-equipped to interpret everyday life. When he falls under suspicion for killing his neighbor's dog, he sets out to identify the true culprit, which leads to an earth-shattering discovery and a journey that will change his life forever.

Mark Haddon's novel The Curious Incident of the Dog in the Night-Time was published in 2003. It was the winner of more than 17 literary awards, including prizes in the US, Japan, Holland and Italy as well as the Whitbread Book of the Year Award in the UK in 2004, and has been translated into 44 languages.