‘The Curious Incident’ Is on the Grid With a New Christopher 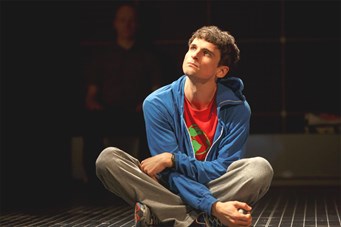 “I see everything. Most other people are lazy. They never look at everything.”

These words are spoken by 15-year-old Christopher, the intellectually gifted, emotionally adrift hero of “The Curious Incident of the Dog in the Night-Time,” Simon Stephens’s adaptation of Mark Haddon’s novel and winner of a Tony Award for best play.

The genius of the show, now in its second year on Broadway at the Barrymore Theater, is that it demands that we see the world through Christopher’s keen eyes, recalibrating ordinary experience (a walk to the train station, a visit with a neighbor) through his particular perspective.

Christopher avoids human touch, disdains direct eye contact and in moments of distress consoles himself with rocking and keening, behavioral qualities that would suggest a position on the autism spectrum. Rather than making a spectacle of Christopher’s difference, the play instead asks that the audience experience it, feel it, live it, absorbing viewers into his vision and his world.