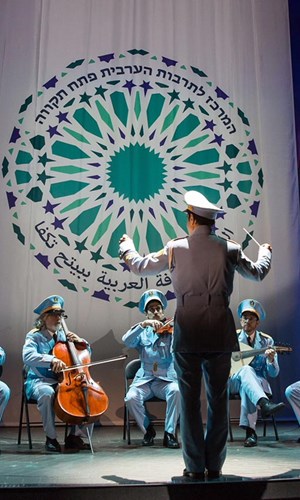 Spend an evening in the company of unforgettable strangers at the award-winning musical, The Band’s Visit — “the best reviewed new musical of the season” (The New York Times). It rejoices in the way music brings us to life, brings us to laughter, brings us to tears, and ultimately, brings us together.

In The Band’s Visit, Dina, a café owner in an Israeli desert town, had long resigned her desires for romance to daydreaming about exotic films and music from her youth. When a band of Egyptian musicians show up lost at her café, she and her fellow locals take them in for the night. As their lives intertwine in unexpected ways, this once sleepy town begins to wake up.

“My favorite musical of the season by far.” - Ben Brantley, The New York Times