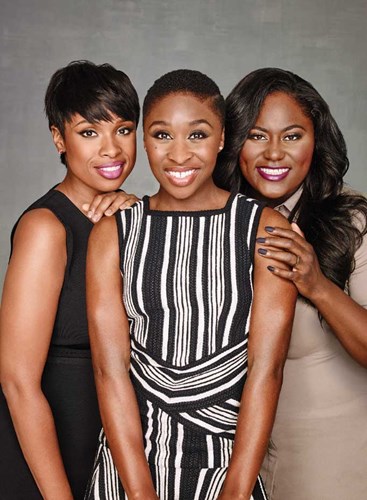 Complete Casting Announced For The
Upcoming Broadway Production of

THE COLOR PURPLE will begin preview performances on Tuesday, November 10 at the Bernard B. Jacobs Theatre (242 West 45th street) and will officially open on Thursday, December 10.

PHOENIX BEST is a recent graduate of DeSales University and is making her Broadway debut with this production. Regional credits include Les Miserables, Oklahoma!, Henry V, and Two Gentleman of Verona.

LAWRENCE CLAYTON most recently starred as Joe Boyd in Damn Yankees at the Ordway Theater in St. Paul, MN. Broadway appearances include Bells Are Ringing, It Ain’t Nothin but the Blues, The Civil War, Once upon a Mattress, and Dreamgirls. Off Broadway includes Crowns (Second Stage), Saturn Returns and Romance in Hard Times (Public), and Judas in Jesus Christ Superstar (The Theater at MSG). Regional credits include productions of Big River, Jesus Christ Superstar, The Boys from Syracuse, Betsy Brown, Sophisticated Ladies and Avenue X. He has appeared as the Tenor in Too Hot to Handel with the Baltimore and Colorado Symphonies and has also starred as Montel/Jesus in the New York Premiere of Jerry Springer the Opera at Carnegie Hall (also at Sydney Opera House). TV credits include “Homeland,” “The Good Wife,” “The Big C,” “All My Children,”” Another World,” “As the World Turns,” “One Life to Live,” “Deadline,” and “Law and Order: CSI,” among others.

BRE JACKSON has appeared on Broadway in The Book of Mormon (Ensemble/Swing) and on the First National Tour of Priscilla Queen of the Desert (Diva). Bre received her BFA from the University of Michigan.

GRASAN KINGSBERRY. This is Grasan’s 10th Broadway show and was a member of the original cast of The Color Purple in 2005. Other Broadway Original Casts: Motown, Nice Work…, Leap of Faith, On A Clear Day…, Catch Me…, Finian’s Rainbow, Dirty Rotten…, Aida. Regional: One Night In Miami (Sam Cooke/Center Stage), Dreamgirls (Curtis/North Shore and National Tour). TV/Film: “Royal Pains,” “Smash,” “All My Children,” I Am Legend. He is a graduate of Juilliard.

REMA WEBB recently appeared in You’re Standing In My Way: A New Song Cycle by William Finn and Deborah Abramson at Barrington Stage Company. She also appeared as the homeless woman in A New Brain at Encores! Off-Center. Ms. Webb was featured in the Broadway revival of Violet and performed on the 2014 Tony Awards. Other Broadway credits include The Lion King, The Book of Mormon, and Ragtime. Favorite regional credits include The Colored Museum at the Huntington Theatre Company (Elliot Norton Award for Best Ensemble) and Being Alive (Westport Country Playhouse and Philadelphia Theatre Company). Last fall, she made her 54 Below solo concert debut with Children Will Listen. She is the Founder/Executive Director of the On Broadway Performing Arts Training Program.

ABOUT THE COLOR PURPLE

John Doyle’s critically acclaimed production opened in summer 2013 in London at the Menier Chocolate Factory.
Charles Spencer of The Telegraph said THE COLOR PURPLE “BLOWS THE ROOF OFF THE THEATRE,” and Libby Purvess of The Times says, “IT ROCKS THE HOUSE. NEVER WAS THERE SUCH STAMPING, CHEERING, HOOTING, ROARING AND WHISTLING.” And Mark Shenton of The Stage called the production “A REVELATION. SOMETHING TRULY EXTRAORDINARY.”
Based on Alice Walker’s Pulitzer Prize winning novel and the Warner Bros. / Amblin Entertainment motion picture, THE COLOR PURPLE is adapted for the stage by Pulitzer Prize and Tony award winner Marsha Norman, with music and lyrics by Grammy award winners Brenda Russell, Allee Willis and Stephen Bray.