THE BOYS IN THE BAND Concludes Its Broadway on August 11 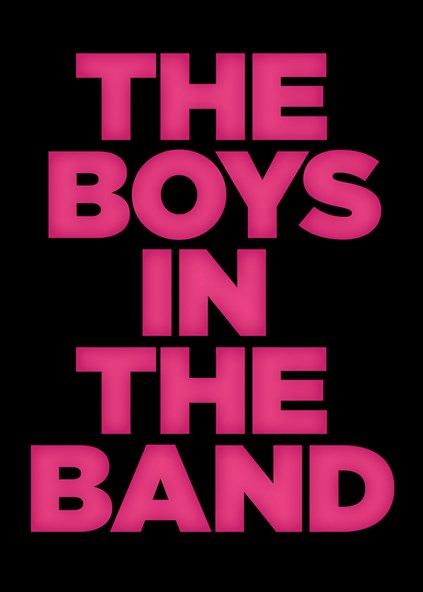 Before there were marches, there was a band.

Mart Crowley’s groundbreaking 1968 play, THE BOYS IN THE BAND, centers on a group of gay men who gather in a NYC apartment for a friend’s birthday party. After the drinks are poured and the music turned up, the evening slowly exposes the fault-lines beneath their friendships and the self-inflicted heartache that threatens their solidarity. A true theatrical game-changer, THE BOYS IN THE BAND helped spark a revolution by putting gay men’s lives onstage -- unapologetically and without judgement – in a world that was not yet willing to fully accept them.

“The significance of THE BOYS IN THE BAND cannot be underestimated. In 1968, Mart Crowley made theatrical history by giving voice to gay men onstage, in this uncompromising, blisteringly honest, and wickedly funny play,” said Ryan Murphy. “The play was groundbreaking in its exploration of how gay men treated each other and how they were made to feel about themselves. And while some attitudes have thankfully shifted, it’s important to be reminded of what we have overcome and how much further we still have to go.”

A sensation when it premiered in April 1968, THE BOYS IN THE BAND was originally scheduled to run for five performances at the Playwrights’ Unit, a small off-Broadway venue. Overnight, the show became the talk of the town for its unflinchingly honest depiction of gay life, and transferred to Theater Four on West 55th Street, drawing the likes of Jackie Kennedy, Marlene Dietrich, Groucho Marx, and Rudolf Nureyev, among many others. The play went on to run for over 1,000 performances. The entire original company performed the show to great acclaim in London and also appeared in William Friedkin’s landmark 1970 film version.

BIOGRAPHIES
JIM PARSONS’ (Michael) theater credits include An Act of God (Broadway, Studio 54), Harvey (Broadway, Roundabout at Studio 54), The Normal Heart (Broadway, Golden Theatre; Theatre World Award nominee), Merton of the Movies (Broadway, Roundabout at Studio 54), The Castle (Manhattan Ensemble Theater), The Countess (San Diego, Globe Theater), The Tempest and As You Like It (Houston Shakespeare Festival). Television credits include “The Big Bang Theory” (Four-time Emmy winner,
Golden Globe Award winner, Critics’ Choice winner and SAG nominee), “The Normal Heart” (Emmy nominee), and “Elf: Buddy’s Musical Christmas.” He is an Executive Producer of “Young Sheldon,” a prequel to “The Big Bang Theory,” where he also does the voiceover as adult Sheldon. Film credits include the Oscar nominated film Hidden Figures, Home (DreamWorks Animation, 2015), Visions, Wish I Was Here, Garden State and School for Scoundrels. He recently produced and narrated the 3-part docu-series, “First in Human,” which aired on the Discovery Channel. He can also be heard on his SIRIUS
XM Radio talk show, “Jim Parsons Is Too Stupid for Politics.” Parsons will next appear in the film, A Kid Like Jake, alongside Claire Danes and Octavia Spencer. Parsons also serves as a producer for the film with Todd Spiewak, through their shingle, That’s Wonderful Productions, along with Eric Norsoph.

ZACHARY QUINTO (Harold) made his Broadway debut in 2013 in the Tony Award-winning production of The Glass Menagerie, following his performance as Louis Ironson in the 2010 revival of Angels in America (Theater World Award, Drama Desk nomination). Quinto was most recently seen on stage in Noah Haidle’s Smokefall (MCC). In 2007 he debuted as the psychopathic super-power serial killer Sylar on NBC’s “Heroes” and as Spock in the JJ Abrams reboot of Star Trek. He reprised the role of Spock in both sequels, Star Trek Into Darkness and Star Trek Beyond. He played Chad Warwick on the first season
of American Horror Story, and he played Dr. Oliver Thredson on American Horror Story: Asylum, for which he received a Critic’s Choice Award and an Emmy nomination. In 2008, he began the production company, Before the Door Pictures, and produced and starred in Margin Call. He has gone on to produce several films including All Is Lost, Banshee Chapter, Breakup at a Wedding, A Most Violent Year, and Aardvark, which premiered at the 2017 Tribeca Film Festival. He recently starred in Who We Are Now, I Am Michael, and Oliver Stone’s Snowden as journalist Glenn Greenwald. He can be seen in Drew Pearce’s upcoming Hotel Artemis.

MATT BOMER (Donald). Theater credits include Spring Awakening, Grey Gardens, Villa America (Williamstown Theater Festival), and both the Broadway and Los Angeles readings of Dustin Lance Black’s play 8. His television credits include “Traveler,” “Tru Calling,” “Chuck,” “White Collar,” “Glee,” “The New Normal,” “American Horror Story: Hotel,” and “The Last Tycoon.” In 2014, he won a Golden Globe Award and a Critics’ Choice Award, as well as an Emmy Award nomination, for his performance in the HBO screen adaptation of “The Normal Heart.” His film credits include Flight Plan, In Time, Space
Station 76, Magic Mike, Magic Mike XXL, The Nice Guys, The Magnificent Seven, and Walking Out. Matt will make his directorial debut next year with an episode of “American Crime Story: Versace.”

BRIAN HUTCHISON (Alan) has appeared on Broadway in Man and Boy (with Frank Langella), Looped (opposite Valerie Harper), Exit the King (with Geoffrey Rush and Susan Sarandon), Proof, and The Invention of Love. Off-Broadway credits include the world premiere of How to Transcend a Happy Marriage at Lincoln Center, Smokefall (with Zachary Quinto), Pocatello, Regrets, Spirit Control, From Up Here, and Go Back to Where You Are. Brian’s film and television credits include Show Me a Hero, Killing Kennedy, Vino Veritas, Winter's Tale, Love and Other Drugs, Do No Harm, “Person of
Interest” (recurring as FBI agent Moss), “Jessica Jones,” “Elementary,” “Vinyl,” “The Good Wife,” “Law & Order: SVU,” and “Criminal Intent.”

MICHAEL BENJAMIN WASHINGTON’s (Bernard) credits include: Mamma Mia! (original Broadway company); the 2005 revival of La Cage Aux Folles; and Saturday Night (Second Stage). La Jolla Playhouse credits include The Wiz, Memphis, Letters to Obama, and Blueprints to Freedom (which he also wrote). TV credits include “30 Rock,” “The Unbreakable Kimmy Schmidt,” “Glee,” “Law & Order,” “The Jury,” and “Hope and Faith,” among others. Mr. Washington's political drama, Blueprints to Freedom: An Ode to Bayard Rustin, was developed at the McCarter Theatre and La Jolla Playhouse. The play also enjoyed
sold out co-productions at La Jolla and Kansas City Repertory Theatre in 2015, earning him Outstanding New American Play Award by the Edgerton Foundation, the San Diego Critics Circle Award for Outstanding New Play and Outstanding Leading Actor in a Play. Film credits include Love and Other Drugs.

MART CROWLEY (Playwright) was born in Vicksburg, Mississippi and educated at The Catholic University of America in  Washington D.C. After graduation from the drama department he went to New York to pursue a career in the theatre and landed jobs as production assistant to the directors Sidney Lumet and Elia Kazan. His first play, the groundbreaking The Boys in the Band, opened Off-Broadway on April 14, 1968 to rave reviews. He wrote the screenplay and produced the film version,
directed by Academy Award winner William Friedkin. The 2011 documentary, Making the Boys, explores the genesis of the play and film. Crowley’s other produced plays are Remote Asylum (1970); A Breeze from the Gulf (1973), which earned a Los Angeles Drama Critics Circle nomination for Best Play; Avec Schmaltz (1984), written for the Williamstown Theatre Festival; For Reasons That Remain Unclear (1993), a pre-scandal effort to investigate sexual abuse in the Catholic Church; and The Men from the Boys (2002), a sequel to The Boys in the Band. From 1979 through 1984 Crowley was the producer/co-writer of the ABC TV series “Hart to Hart.” He also wrote several television movies and mini-series. In addition, he is the co-author of the children’s book, Kay Thompson’s Eloise Takes a Bawth, published by Simon & Schuster (2002). He is the winner of the 2009 Lambda Literary Award for The Collected Plays of Mart Crowley. He lives in Manhattan.

JOE MANTELLO (Director). Broadway directing credits include Blackbird, The Humans, Airline Highway, The Last Ship, Casa Valentina, I’ll Eat You Last, The Other Place, Other Desert Cities, Pal Joey, 9 to 5, November, The Ritz, Three Days of Rain, The Odd Couple, Glengarry Glen Ross, Wicked, Assassins (Tony Award), Take Me Out (Tony Award), Frankie and Johnny in the Clair de Lune, Design for Living, Proposals, Love! Valour! Compassion! Off-Broadway he has directed Dogfight, The Pride, A Man of No Importance, The Vagina Monologues, bash, The Mineola Twins, Corpus Christi. As an actor he has
appeared in The Glass Menagerie, The Normal Heart (Tony nom. and on HBO), Angels in America (Tony nom.) and The Baltimore Waltz. Recipient of Outer Critics Circle, Drama Desk, Lucille Lortel, Helen Hayes, Clarence Derwent, Obie and Joe A. Callaway awards. He is a member of Naked Angels and an associate artist at the Roundabout.

DAVID STONE (Producer) is currently represented on Broadway by Wicked and War Paint. He has also produced If/Then, Next to Normal, The 25th Annual Putnam County Spelling Bee, Three Days of Rain, Man of La Mancha, The Vagina Monologues, Fully Committed, Lifegame, The Diary of Anne Frank, Full Gallop, The Santaland Diaries and Family Secrets. David serves on the boards of The Broadway League and Broadway Cares. He also serves on the advisory boards of V-Day and Second Stage Theatre. David has lectured on theatre at Yale, Columbia, Princeton and his alma mater, the University of Pennsylvania.