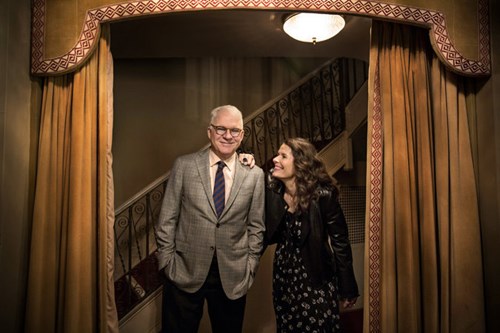 On a visit last month to the Cort Theater, Edie Brickell and Steve Martin were looking over the production design of their new musical, 'Bright Star', before its opening here on Thursday, March 24. Some of what they saw pleased them, like a model locomotive running on tracks high above the audience, and a cabin that rotates onstage, containing the show’s house bluegrass band.

Other discoveries weren’t so welcome, like a gaping hole in the wall of a stairway leading up to the balcony.

Ms. Brickell was undeterred. “Maybe we should serve hamburgers through it,” she said.