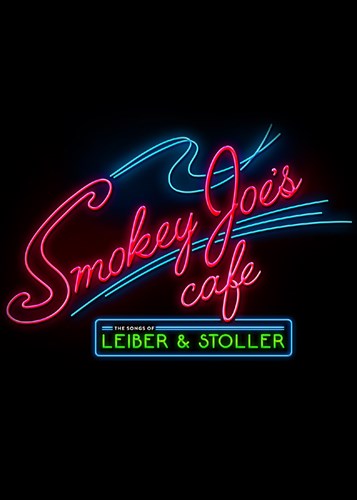 The original producers of Smokey Joe’s Cafe: The Songs of Leiber & Stoller, Broadway’s longest running musical revue, announced today that the show will return to New York this summer following a limited engagement at Maine’s Ogunquit Playhouse. Preview performances will begin at New York’s Stage 42 (422 West 42nd Street) on July 6 and opening night is set for July 22. Tickets will go on sale on Monday, March 12 through telecharge.com and the box office will open on June 25. Casting is to be announced.

Steven Baruch, Marc Routh, Richard Frankel and Tom Viertel are thrilled to present an all-new incarnation of the record breaking Broadway hit which will begin previews on July 6 and open on July 22 at Stage 42 (422 West 42nd Street). Prior to the New York production, the show will play at The Ogunquit Playhouse (Bradford Kenney, Executive Artistic Director) from May 16 - June 9. Tony nominee Joshua Bergasse will direct and choreograph. The creative team is Beowulf Boritt (scenic design), Alejo Vietti (costume design), Jeff Croiter (lighting design), and Sonny Paladino (music director). The show was conceived by Jack Viertel. Additional creative team members will be announced in the future.

The Grammy Award winning and Tony Award nominated smash made history as Broadway’s longest running musical revue and celebrates the best songs of the legendary song writing duo, Jerry Leiber and Mike Stoller. Their generation-defining songs climbed the Billboard charts and provided hit after hit for icons like Elvis Presley, Ben E. King, The Coasters, and The Drifters. With themes of love won, lost and imagined, their songs touched global audiences with wit and emotion. Audiences will be treated to more than 30 show stopping tunes including classics like “On Broadway,” “Yakety Yak,” “Charlie Brown,” “Jailhouse Rock,” “Hound Dog,” “Love Potion #9,” “Spanish Harlem,” and “Stand by Me.”

The producers said, “We are all so excited to bring Smokey Joe’s Cafe back to New York - a show that has thrilled audiences ever since it first opened. We can’t wait to help bring it to life again in this brand new production featuring a vibrant young cast and a hugely talented creative team.”

Jerry Leiber and Mike Stoller. Over the course of a 61-year partnership, Jerry Leiber (d. 2011) and Mike Stoller created enduring classics in a variety of genres including rhythm & blues, pop, country, jazz, cabaret, and—perhaps most notably—rock & roll. They wrote the Elvis Presley hits “Hound Dog,” “Loving You,” and “Jailhouse Rock” as well as all of the Coasters’ hits, including “Searchin’,” “Young Blood,” “Yakety Yak,” “Charlie Brown,” “Along Came Jones,” “Poison Ivy” and “Little Egypt.” In 1955, Atlantic Records signed Leiber and Stoller to the first independent production deal, forever changing the course of the record industry. Leiber and Stoller’s songs and productions were constantly on the charts during the next decade. Aside from the Coasters’ many hits, there were Ben E. King’s “Stand By Me” and “I (Who Have Nothing)”; The Drifters’ “There Goes My Baby,” “Dance With Me,” and “On Broadway”; LaVern Baker’s “Saved”; and Ruth Brown’s “Lucky Lips.” During this same period, while Leiber and Stoller were producing the Clovers (“Love Potion # 9”), Jay and the Americans (“Only In America”), and Chuck Jackson (“I Keep Forgettin’”), other artists were having hits with Leiber and Stoller compositions. There was Wilbert Harrison with “Kansas City,” the Drifters with “Fools Fall In Love,” Dion with “Ruby Baby,” Peggy Lee with “I’m A Woman,” “Is That All There Is?” and Édith Piaf with “L’Homme à la Moto.” Elvis Presley recorded more than 20 songs written by Leiber and Stoller, including “Love Me,” “Treat Me Nice,” “Don’t,” “(You’re So Square) Baby, I Don’t Care,” “Bossa Nova Baby,” “Santa Claus Is Back In Town,” and “Trouble.” In 2009, Simon & Schuster published Hound Dog: The Leiber and Stoller Autobiography. In 2010, Leiber and Stoller celebrated their 60th anniversary as a songwriting team. In April of 2011, the musical The People in the Picture, with music by Mike Stoller and Artie Butler and book and lyrics by Iris Rainer Dart, opened on Broadway at Studio 54 and was nominated for a Tony Award, three New York Drama Desk Awards, a New York Outer Critics Circle Award and two New York Drama League Awards.

Leiber and Stoller have received countless awards and honors, including:

Alejo Vietti (costume design) is currently represented by the Roundabout’s Amy and the Orphans. His other Broadway credits include Holiday Inn: The New Irving Berlin Musical, Allegiance, and Beautiful: The Carole King Musical.

Jeff Croiter (lighting design) is a Tony, Hewes and Bass Award winning designer. Broadway credits include Bandstand, Falsettos, Something Rotten, Holiday Inn, Newsies, Peter and the Starcatcher, Penn & Teller, Disaster, Next Fall, Mothers and Sons, The Pee-wee Herman Show, Kiki and Herb, A Time to Kill, Soul Doctor, Jekyll and Hyde, The Performers, and The Anarchist.

Jack Viertel (Conceiver) is currently the Senior Vice President of Jujamcyn Theaters, which owns and operates five Broadway Theaters, currently presenting The Book of Mormon, Springsteen on Broadway, Kinky Boots, Mean Girls and Frozen. He is also the Artistic Director of New York City Center’s Encores! series, which is celebrating its 25th Anniversary this year and presenting Hey, Look Me Over!, Grand Hotel, and Me and My Girl. He spent two years as Dramaturg of the Mark Taper Forum in Los Angeles, and from 1980 to 1985 was the drama critic and arts editor of the Los Angeles Herald Examiner. He was the original conceiver and co-producer of Smokey Joe’s Cafe, and the conceiver of After Midnight. He helped shepherd six of August Wilson’s plays to Broadway, as well as Tony Kushner’s Angles in America, the original production of Into the Woods, City of Angels, Jelly's Last Jam and Hairspray, among many others. His first book “The Secret Life of the American Musical: How Broadway Shows are Built” was published in March 2016. He spent ten years as an adjunct professor at NYU's Tisch School of the Arts, teaching musical theater structure, and began his career playing National Steel-body guitar behind Bonnie Raitt, Son House and the Pointer Sisters. Mr. Viertel is a certified Memphis-in-May contest barbecue judge.

Steven Baruch, Marc Routh, Richard Frankel and Tom Viertel (Producers) are currently represented on Broadway by Beau Willimon’s The Parisian Woman starring Uma Thurman. They have produced and managed a wide range of productions for the past 32 years including, among others, the original Broadway productions of The Producers, Hairspray, Young Frankenstein, Smokey Joe’s Cafe, Angels in America, Penn & Teller, The Weir, The Encounter and Swing! Their notable revivals include Gypsy with Patti LuPone and Laura Benanti, The Norman Conquests, A Little Night Music with Catherine Zeta Jones and Angela Lansbury and later Bernadette Peters and Elaine Stritch, John Doyle’s groundbreaking productions of Sweeney Todd with Patti LuPone and Michael Cerveris and Company with Raul Esparza, A Funny Thing Happened on the Way to the Forum with Nathan Lane and later Whoopi Goldberg, Damn Yankees and the first-ever Broadway revivals of The Sound of Music and Little Shop of Horrors. Notable Off-Broadway premieres include Driving Miss Daisy, Frankie & Johnny in the Clair de Lune, The Cocktail Hour, Love Letters, Oleanna, Jeffrey, Marvin’s Room and Stomp. They’ve mounted many national tours and productions in London, Australia, Canada, Europe, and throughout Asia. This season they are co-producing The Band’s Visit and Angels in America on Broadway and Young Frankenstein in the West End. Their productions have received dozens of awards including two Pulitzer Prizes, four Grammy Awards and two Olivier Awards for Best Musical. Their six Tony Awards include all four Best categories—play, musical, revival of a play and revival of a musical. They own and operate the acclaimed Broadway-themed nightclub/cabaret Feinstein’s/54 Below, which presents over 700 performances each year and has set a new culinary standard for New York City entertainment venues.