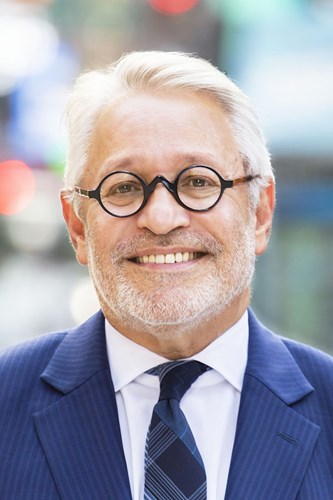 New York City (October 2, 2019) – NYC & Company Chairman of the Board of Directors Emily K. Rafferty has announced her decision to step down from her chairmanship in February 2020. When Rafferty leaves her post next year, she will have served as Board Chairman of the organization for nearly 12 years and presided over a tourism industry that has enjoyed 10 consecutive years of growth. In accordance with NYC & Company’s bylaws, the organization’s Executive Committee today voted to elect longstanding Vice Chairman Charles Flateman, Executive Vice President of the Shubert Organization, to fill the remaining portion of Emily Rafferty’s term, through February 2021.

“As NYC & Company’s Board Chairman since 2008, I’ve been gratified to see the City’s tourism and hospitality communities thrive and prosper over the last dozen years,” said Ms. Rafferty. “I’m also heartened that New York City is on pace to enjoy its 10th consecutive year of tourism growth as we welcome a record 67 million visitors, generate nearly $70 billion in economic impact and fuel almost 400,000 jobs.”

“I also want to congratulate Charlie Flateman for deservedly being elected the next Board Chair. I am confident he will continue to make sure that tourism remains the heartbeat of New York City. Working alongside Charlie has been a privilege, and I look forward to watching the City’s tourism industry continue its success. I also want to thank Fred Dixon for his continued leadership and support as CEO of NYC & Company. The staff has never failed to rise to a challenge. It’s an organization that I’ve been so proud to serve,” Ms. Rafferty continued.

Flateman, who works for the Shubert Organization, America's oldest professional theater company and the largest theater owner on Broadway, has been a board member of NYC & Company since 1995. Flateman has worked with the Shubert Organization since 2005, where he spearheaded industry-wide initiatives to grow Broadway’s distribution and brand presence around the world. In 2002, Flateman co-founded Broadway Inbound and prior to that, he served as president of Gray Line New York Sightseeing Tours from 1986 to 2000. In addition to Flateman serving as Vice Chairman of NYC & Company’s board since 2015, he has led a number of long-range planning initiatives that will be crucial to building on NYC & Company’s successful marketing outreach in the future.

Commented Mr. Flateman: “I can think of no better role model and mentor than Emily Rafferty, who has guided NYC & Company with great success for over a decade. I’m proud to follow in her footsteps and in the footsteps of past Chairs Jon Tisch and Tim Zagat. Tourism to New York City is a vital, vibrant industry that improves the lives of all New Yorkers in every borough. The 67 million visitors that come to New York City generate $6.7 billion in local tax revenues, which saves the average New York City household approximately $2,000 in taxes. And of course, I’m thrilled to work even closer with our extraordinary Board of Directors and an unparalleled staff led by CEO Fred Dixon.”

Said CEO Dixon: “I’m extremely proud to have worked with Emily Rafferty in her capacity as Chairman during a time of unprecedented growth for New York City’s travel and tourism industry. I am grateful for Emily’s steadfast stewardship of NYC & Company and for the many insights and guidance that she shared with us. As this transition begins, I am pleased to welcome Charlie Flateman as the organization’s new Board Chair next year. Charlie’s talents, leadership and industry expertise will serve NYC & Company well as we begin a new decade of successful tourism promotion and ensure New York City remains the world’s most iconic tourism and meetings destination.”

About NYC & Company:
NYC & Company is the official destination marketing organization and convention and visitors bureau for the City of New York, dedicated to maximizing travel and tourism opportunities throughout the five boroughs, building economic prosperity and spreading the positive image of New York City worldwide. For all there is to do and see in New York City, visit nycgo.com.