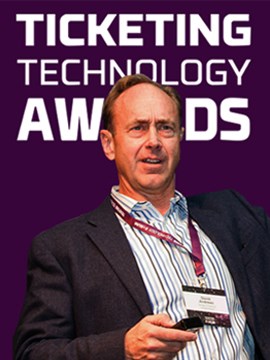 A word from our judges:

“This year the Ticketing Technology Awards recognises a veteran of Broadway ticketing. In a career spanning decades, David Andrews has pioneered and implemented many of the industry’s key innovations in one of the toughest (and most vocal) markets on Earth. When he started there was only pegboards and paper. Now, there’s data and digits – and David Andrews has embraced the evolution. This ticketing achiever has overseen – and spearheaded – many of the key moments in our industry’s development: from selling tickets over the telephone in the 1980s through today’s API integration. During his tenure at Shubert, his strategic oversight and guidance have ensured that Broadway’s customers continue to be served the very best that ticketing systems can offer. Today, he’s going behind ticketing – spearheading new initiatives to fully integrate attendee and buyer data into the live entertainment experience. And, we sense, he’s only just gotten started!”