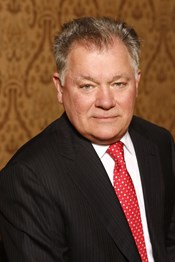 Robert E. Wankel, President of the Shubert Organization has been elected Chairman of The Broadway League, the national trade association for the Broadway industry.

Three Officers Elected to Broadway League's Board of Governors

The Broadway League, the national trade association for the Broadway industry, has elected its Board of Governors.

"In the proud tradition of the Shuberts, I'm honored and very excited about this new role on behalf of our members," Wankel said in a statement. "I'm looking forward to collaborating with my colleagues as we continue to pursue our long-term objectives of growing Broadway audiences and increasing its diversity, expanding educational programs, global expansion; plus newer goals too. A sincere thanks to our Immediate Past Chair, Nick Scandalios, whose passion and devotion have inspired so many in our unique and very special business.”