Shubert Alley: Star-Gazing, but Maybe Not on Mondays

For theatre-goers around the world, and for all the people who work in the industry, Shubert Alley represents the heart of Broadway. For over 100 years, “Meet me in the Alley” has been spoken in every language. The New York Times tells the story: 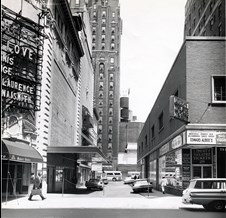 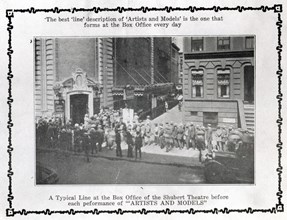 Excerpt from The New York Times | July 3, 2014 By Christopher Gray

"How about ... an Alleyscapes? The Shubert and Booth theaters, built in 1913 west of Broadway on 44th and 45th Streets, created one of the most unusual thoroughfares in New York, the through-block passage known as Shubert Alley. Although an incidental feature at first, it is now one of the most important gathering spaces in the theater district. Maryann Chach, director of the Shubert Archive, has given the odd space its first full treatment in the current issue of the archive’s newsletter, "The Passing Show," but there are still some unanswered questions."