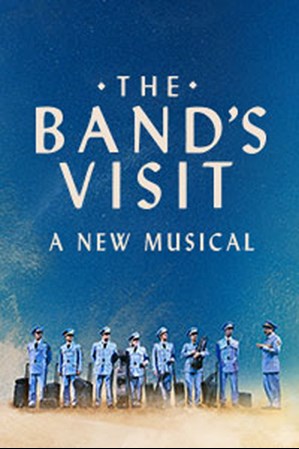 WILL MAKE HIS BROADWAY DEBUT AS “TEWFIQ”

IN THE 10-TIME TONY AWARD-WINNING BEST MUSICAL, THE BAND’S VISIT

REPRISING THE AWARD-WINNING ROLE HE CREATED IN THE FILM

“Sasson Gabay is an icon of Israeli cinema, and we are thrilled this prolific Israeli actor will be making his Broadway debut in The Band’s Visit,” said Tony Award-winning director, David Cromer. “It has been fascinating to work with Sasson as he returns to a role he created on the screen as he reinterprets Tewfiq for the stage, in a Tony Award-winning musical.”

The Israeli star of stage, TV and screen, Sasson Gabay recently received the Lifetime Achievement Award for his contribution to Israeli cinema at the Israeli Film Festival. Gabay is one of the most respected and outstanding actors in Israeli film with work spanning five decades, including some of Israel's most popular and critically-acclaimed films as well as international hits such as Rambo III, Gett: The Trial of Vivian Amsalem, Delta Force One: The Lost Patrol and The Band's Visit (Israel's top-grossing film in the US).

Sasson Gabay is appearing with the support of Actors' Equity Association.

THE BAND’S VISIT world premiere opened to critical acclaim at the Atlantic Theater Company on December 8, 2016, where the sold-out, limited engagement extended twice, playing its final performance on Sunday, January 8, 2017.

The Original Broadway Cast Recording of THE BAND’S VISIT was released by Ghostlight Records and is available digitally and in stores everywhere. Kurt Deutsch served as album executive producer; David Yazbek and Dean Sharenow served as producers.

The North American Tour of The Band’s Visit will launch in Providence, Rhode Island in June 2019. Exact dates and additional cities will be announced at a later date.