Sally Field and Joe Mantello Star in 'The Glass Menagerie' 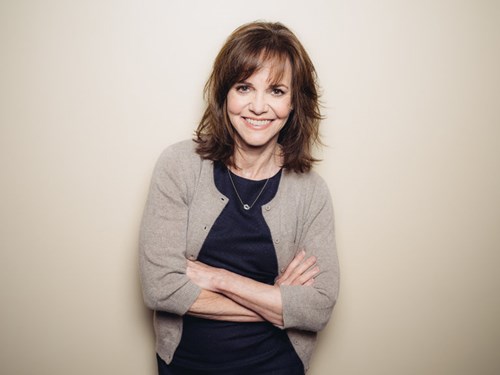 ON BROADWAY NEXT SEASON

New York, NY – Producer Scott Rudin announced today that two-time Academy Award winner Sally Field and two-time Tony Award winner Joe Mantello will return to the Broadway stage next season to star in Tennessee Williams’s most cherished play, The Glass Menagerie. Tony Award winner Sam Gold will direct the production, which will also star Finn Wittrock and Madison Ferris, who will be making her Broadway debut in the role of Laura Wingfield. The Glass Menagerie will begin performances at Broadway’s Golden Theatre on Tuesday, February 14, 2017, with an official opening night set for Thursday, March 23, 2017.

“To say this is a dream come true is an understatement,” Ms. Field said. “Working with the best of the best, from Sam Gold to Joe Mantello to Scott Rudin, on one of the greatest plays ever written is beyond thrilling. Right now I can barely breathe. Hopefully that'll pass.”

Mr.Gold first directed this production of The Glass Menagerie with an entirely Dutch cast at Toneelgroep Amsterdam (Ivo van Hove, Artistic Director) in an engagement that garnered rave reviews and massive international attention.

Mr. Gold said, “The experience I had doing this play in Amsterdam was life-changing, and the fact that we’ve managed to put together this cast to do it on Broadway is the most perfect outcome I could have imagined. Like any sane person, I’ve been hoping for Sally Field to carve out some time to do a play again. When I saw her Mary Todd Lincoln, I started dreaming of her as Amanda Wingfield. As for Joe Mantello, seeing that original production of Angels in America, in which he starred, was a great source of inspiration for me at the time. Because Joe is such a wonderful director, he has had very little time to act. I'm incredibly lucky that he has agreed to come back to the stage to play Tom.”

The Glass Menagerie is the play that brought a brilliant young writer named Tennessee Williams to national attention, and, in his own words, “changed my life irrevocably” when it first premiered on Broadway in 1945. More than seventy years later, Williams’s most personal work for the stage continues to captivate and overwhelm audiences around the world.

Sally Field (Amanda Wingfield ) previously took on the role of Amanda Wingfield in the 2004 Kennedy Center production of The Glass Menagerie for which she received rave reviews. Field is a two-time Academy Award winner who was most recently seen starring in Hello, My Name is Doris co-starring Max Greenfield, written and directed by Michael Showalter. She also starred in Steven Spielberg’s critically acclaimed Lincoln as Mary Todd, for which she won the New York Film Critics award for best supporting actress and was also nominated for a Golden Globe Award, Screen Actors Guild Award, Critics Choice Award, BAFTA and Academy Award. Field won Academy Awards for her performances in Robert Benton’s Places in the Heart, for which she also received a Golden Globe Award, and Martin Ritt’s Norma Rae, for which she received a Golden Globe Award, along with the New York Film Critics prize, the National Board of Review Award, the Los Angeles Film Critics Award, the National Society of Film Critics Honor and Best Actress Award at the Cannes Film Festival. Additionally, Field has received Golden Globe nominations for her work in Smokey and the Bandit, Absence of Malice, Kiss Me Goodbye, Steel Magnolias and Forrest Gump. Her many film credits include An Eye for An Eye, Mrs. Doubtfire, Soapdish, Not Without My Daughter, The End, Hooper, Stay Hungry (her first major film role), as well as Punchline and Murphy’s Romance, both of which were produced by her production company, Fogwood Films. Born in Pasadena, California and raised in a show business family, Ms. Field began her career in 1964 in the television series “Gidget.” She went on to star in the “The Flying Nun” in 1967. She received Emmy Awards for her title role in the landmark miniseries “Sybil” and for her performance on “ER.” Ms. Field co-starred in the ABC series drama “Brothers & Sisters” from 2006 to 2011 and for her role as Nora Walker, Ms. Field received a Screen Actors Guild Award, an Emmy Award and two Golden Globe nominations. Field made her Broadway debut in Edward Albee’s The Goat, or Who Is Sylvia? In September 2015 Field was honored by President Obama with the National Medal of Arts. Sally has three sons and five grandchildren.

Finn Wittrock (Jim O’Connor)can be seen in Adam McKay’s Oscar-nominated drama, The Big Short, alongside Christian Bale, Steve Carrell and Brad Pitt. The cast received nominations from the Screen Actors Guild and the Broadcast Film Critics Association for Best Ensemble. Wittrock currently stars in The Submarine Kid, which he wrote with lifelong friend Eric Bilitch, who directed the film, and this summer will star in Damien Chazelle’s La La Land alongside J.K. Simmons, Emma Stone and Ryan Gosling. Additionally he appeared in Season 5 of FX’s and Ryan Murphy’s critically-acclaimed, Emmy-nominated series, American Horror Story (Hotel) alongside Lady Gaga and Matt Bomer and Season 4, Freak Show, as “Dandy” for which he received an Emmy Award nomination, and alongside Aaron Eckhart in the sport drama My All American, written and directed by Angelo Pizzo. Previous credits include Universal Pictures’ AFI Award winning true-life WWII drama, Unbroken, directed by Angelina Jolie and based on the true life story of Louis Zamperini, HBO’s critically-acclaimed, Emmy-nominated film The Normal Heart, directed by Ryan Murphy and based on the Pulitzer Prize-winning play of the same name written by Larry Kramer, Noah directed by Darren Aronofsky, Winter’s Tale, written and directed by Akiva Goldsman, and Twelve, directed by Joel Schumacher. Other television credits include guest-star appearances on “Criminal Minds,” “Law & Order: SVU,” “Harry’s Law,” “CSI: Miami,” “Cold Case,” and “ER.” Wittrock also holds the recurring role of Dale in Showtime’s acclaimed drama, “Master of Sex”. Finn made his Broadway debut as “Happy Loman” opposite Philip Seymour Hoffman and Andrew Garfield in Mike Nichols’ 2012 revival of Arthur Miller’s Death of a Salesman, which won both the Tony and Drama Desk Awards for Best Revival and Best Director of that year, respectively. Finn won a Theatre World Award and the Clarence Derwent Award for his performance. He also appeared in the critically acclaimed production of Tennessee Williams's Sweet Bird of Youth at Chicago’s Goodman Theatre opposite Diane Lane in directed by David Cromer, and “The Guardsman,” directed by Gregory Mosher at The Kennedy Center. Off-Broadway, Wittrock starred in Tony Kushner's The Illusion at the Signature Theatre and Age of Iron at the Classic Stage Co. Other regional theater credits include The Blue Deep at the Williamstown Theatre Festival; The Laramie Projectwith The Mechanicals Theatre Group; and productions of The Matchmaker, A Midsummer Night’s Dream,at A Noise WithinTheatre Company. Wittrock is a graduate of Juilliard and is currently a member of The Mechanicals Theatre Group in L.A.

Madison Ferris (Laura Wingfield). Her previous credits include Camillo in The Winter’s Tale, Vera in The Odd Couple: Female Version, and Cassie Cooper in Rumors. Dance performances include “Ballet (New York)” performed at the Martha Graham Studio and “The Show Must Go On” performed at the Joyce Theater (both choreographed by Jérôme Bel). While attending Muhlenberg College, Madison studied theatre and media & communication. She wrote and performed in the all-female sketch comedy group, Damsels in Excess, and danced for the campus’ improvisational dance troupe, Six Meters. Madison is also a previous student of Larry Singer Studios.

Tennessee Williams (Playwright) wrote fiction and motion picture screenplays, but is acclaimed primarily for his plays, nearly all of which are set in the South. He drew heavily on his family experiences in his writings. When The Glass Menagerie hit Broadway, it not only changed his life, it revolutionized American theatre. A Streetcar Named Desire, The Night of the Iguana and Cat on a Hot Tin Roof are some of his other masterpieces. Among his many awards, Williams won two Pulitzer Prizes and four New York Drama Critics Circle Awards. In addition to 25 full length plays, Williams produced dozens of short plays and screenplays, two novels, a novella, 60 short stories, more than 100 poems and an autobiography. His works have been translated into at least 27 languages, and countless productions of his work have been staged around the world.