Russell Tovey & Richard Hansell join A View from the Bridge 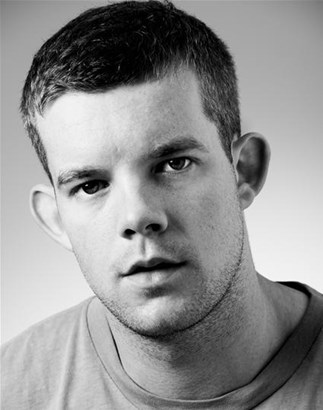 Producers Scott Rudin and Lincoln Center Theater have announced that actor Russell Tovey will play the role of Rodolpho in the Young Vic’s critically-acclaimed production of Arthur Miller’s A VIEW FROM THE BRIDGE directed by Ivo van Hove, opening on Broadway this fall. In addition, Richard Hansell, a member of the original Young Vic company, will reprise his role as Louis.

Direct from two completely sold-out engagements in London, where it swept the 2015 Olivier Awards winning for Best Revival, Best Director, and Best Actor (Mark Strong), A VIEW FROM THE BRIDGE will begin previews Wednesday evening, October 21 for an 18-week limited engagement through Sunday, February 21, 2016, at the Lyceum Theatre, 149 West 45 Street. Opening night for A VIEW FROM THE BRIDGE, which is being presented during playwright Miller’s centenary and will mark the Broadway debut of the acclaimed Belgian director van Hove, is Thursday, November 12.

Russell Tovey and Richard Hansell join Mark Strong (as Eddie Carbone), Nicola Walker (as Eddie’s wife Beatrice), Phoebe Fox (as his niece Catherine), Emun Elliott (as Marco), and Michael Gould (as Alfieri). The cast of A VIEW FROM THE BRIDGE is appearing with the support of Actors’ Equity Association.

The production has scenic and lighting design by longtime van Hove collaborator Jan Versweyveld, costume design by An D’Huys, and sound design by Tom Gibbons.

RUSSELL TOVEY last appeared on Broadway in the National Theatre production of The History Boys playing Rudge, the role he originated in London and subsequently performed around the world. He reprised the role in the film version of the play, directed by Nicholas Hytner. Tovey’s other theatre credits include Howard Katz, Henry V, His Girl Friday and His Dark Materials (National Theatre); Plasticine, A Miracle and The Pass (Royal Court Theatre); The Sea and Sex With A Stranger (London’s West End). His film credits include Pride, Grabbers, The Pass, Mindhorn, and the upcoming The Lady in The Van. His television credits include the role of Kevin in HBO's “Looking,” “The Night Manager,” “Being Human,” “Banished,” “Sherlock,” “Doctor Who,” “Little Dorrit,” “Him and Her,” and “The Job Lot.”

RICHARD HANSELL appeared in Royal Shakespeare Company’s productions of A Patriot for Me and Two Gentlemen of Verona and in The Madness of King George and Lady Windermere’s Fan in London’s West End. His other theater credits include Macbeth, Kemble's Riot, As You Like It, The Tempest, Troilus and Cressida, Crown Matrimonial, Hamlet, Tonight at 8:30, Rosencrantz and Guildenstern Are Dead, The School for Scandal, and Habitats. His film credits include The Wolfman, Hamlet, and Shine. On television, he was most recently seen in Agatha Christie’s “And Then There Were None.” His other television credits include “Inside Flight 1549: Miracle on the Hudson,” “Downton Abbey,” “Doctors,” “The Royal,” “Spooks,” “Holby City,” “E=mc2,” “Queer as Eighteenth Century Folk,” “Family Affairs,” “Crossroads,” and “Berkeley Square.”

The Young Vic production of A VIEW FROM THE BRIDGE, Arthur Miller’s dark and passionate classic drama set on the Brooklyn waterfront, premiered in April 2014 to ecstatic reviews and instantly sold out its initial engagement. The production subsequently transferred to London’s West End where it recently concluded another completely sold-out run.

A VIEW FROM THE BRIDGE received unanimous raves from the London critics. The Guardian described it as “a visceral, vital reinterpretation of a classic play . . . a forceful production of visual brilliance,” adding, “there have been plenty of productions of A View from the Bridge but you’ve never seen it staged like this.” The Financial Times called the show “a superb, searing production. The actors are all magnificent.” The production was also hailed by The Independent as “unforgettable,” and by the Evening Standard as “astonishingly bold and magnificent.” The Variety called it “Entrancing and electrifying. A catharsis only theatre can muster. You daren’t blink. This is theatre as an out of body experience.”