Rodgers and Hammerstein's CAROUSEL on Broadway 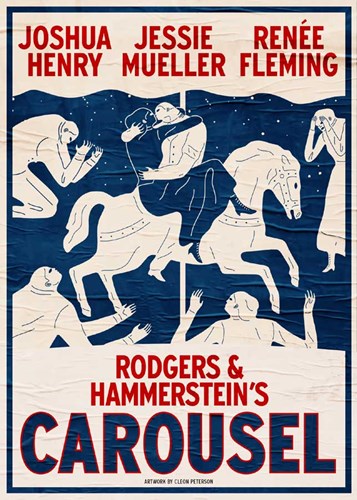 Rodgers & Hammerstein’s Carousel has returned to Broadway in a production NPR calls, “The best musical of the season, by far.”

Set in a small New England factory town, Carousel describes the tragic romance between a troubled carnival barker and the woman who gives up everything for him. With a score full of “the theater’s most beautiful and enduring songs” (Variety), brought to life through “choreography that would send Rodgers & Hammerstein themselves into waves of happy shivers" (The Washington Post), this incandescently staged story of passion, loss and redemption is “one of the most moving experiences in all of musical theater” (New York Magazine).

“God is in Carousel,” raves The Chicago Tribune. “It’s the greatest musical ever written.” Don’t miss this ecstatically acclaimed production of one of musical theater’s rarest treasures. “What a gift to have it back on Broadway” (The Hollywood Reporter).