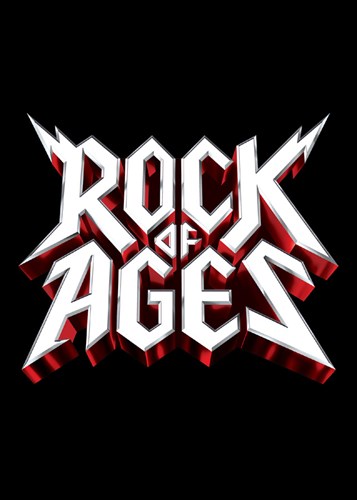 ON A STEEL HORSE IT RIDES... BACK TO THE NEW YORK STAGE

(New York, NY – April 25, 2019) – Today in Times Square, famed Q104 classic rock radio host Jim Kerr climbed out onto the marquee of Hard Rock Café to announce that the five-time Tony Award-nominated musical ROCK OF AGES will return to the New York stage this summer in a special 10th Anniversary Production at New World Stages. To mark the announcement, and the milestone anniversary, he was joined by alumni from the musical’s historic Broadway run, who performed “Don’t Stop Believin” live above Times Square. The return production of the musical – produced by Michael Cohl/S2BN Entertainment in association with Scott Prisand/Robins Lane Entertainment, Barry Habib, Tony Smith and Randi Zuckerberg – begins performances on Wednesday, June 19, 2019, for a 16-week limited engagement through Sunday, September 29, 2019. Tickets are now on sale at Telecharge.com.

ROCK OF AGES opened on Broadway on April 7, 2009, for a monumental six-year run of 2,350 performances, carving the musical a spot in the Broadway history books as one of the Top 30 Longest-running Shows of All Time. In honor of the show’s milestone anniversary, the production will reunite ROCK OF AGES’ original award-winning creative team – Chris D’Arienzo’s hilarious original story will be mounted at New World Stages by Tony-nominated director Kristin Hanggi (Once Upon A One More Time) and choreographed by Olivier Award winner Kelly Devine (Come From Away), in participation with the musical’s original Broadway design team.

The music that ignited a generation soars to new heights in the critically-acclaimed and audience-adored hit musical ROCK OF AGES. “Even doubters will be wiping tears from their Wayfarers” as the show’s uproarious, tongue-in-cheek original love story erupts into an exhilarating musical experience that delivers “the kind of operatic ecstasy you read about only in bathroom stalls” (Entertainment Weekly). An “absurdly enjoyable” musical that’s “as guilty as pleasures

get,” (New York Times) ROCK OF AGES is set to the greatest rock anthems and power ballads of the 80s, like you’ve never heard them before. Featuring such hits as “Wanted Dead or Alive,” “I Wanna Know What Love Is”, “Every Rose Has Its Thorn,” “Here I Go Again”, “Don’t Stop Believin” and many more, theatergoers are invited to raise their lighters, crack open the wine coolers, and bask in “the kind of craft that makes escapism all the more satisfying.” (Variety)

ROCK OF AGES had its world premiere in January 2006 at The Vanguard Hollywood nightclub in Los Angeles, where it played a six-week engagement before opening a limited run at The Flamingo in Las Vegas in May 2006. The musical made its New York debut in October 2008 at New World Stages, before transferring to Broadway and opening to widespread critical acclaim at the Brooks Atkinson Theatre in April 2009. The musical moved to the Helen Hayes Theatre on March 24, 2011, where it continued its triumphant run for another four years, grossing $129 million and breaking the theater’s box office record ten times.

In addition to being a bona fide hit on Broadway, ROCK OF AGES has rocked the Las Vegas Strip at The Venetian Resort; the open seas on Norwegian’s cruise ship The Breakaway; and the open road with four U.S. National Tours. Internationally, the show was also a runaway success in Toronto, Australia, London’s West End, on a U.K. tour, and has licensed productions in Mexico, Sweden, Korea, Japan, The Philippines, and more. In 2012, ROCK OF AGES hit the silver screen as a major motion picture starring Tom Cruise, Alec Baldwin, Russell Brand, Catherine Zeta Jones, Brian Cranston, and more.