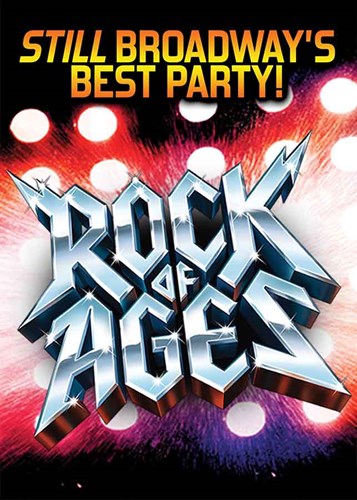 The original Broadway smash-hit production, Rock of Ages, is back to celebrate its 10th anniversary.

This five-time Tony Award-nominated musical tells the story of a small-town girl, a city boy, and a rock ‘n’ roll romance on the Sunset Strip. But when the bar where rock reigns supreme is set to be demolished, it’s up to these wannabe rockers and their band of friends to save the day – and the music. ​Rock of Ages’ electric score features all your favorite ‘80s rock anthems and power ballads, including: “Every Rose Has Its Thorn”, “I Wanna Know What Love Is”, “Here I Go Again”, “Don’t Stop Believin’” and more!

So, get ready to rock and roll all night. Or at least until the curtain goes down.