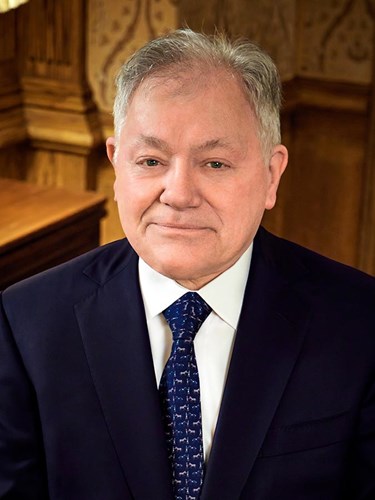 The Isabelle Stevenson Award is presented annually to a member of the theatre community who has made a substantial contribution of volunteered time and effort on behalf of one or more humanitarian, social service or charitable organizations. Mr. Wankel is being recognized for his outstanding dedication, commitment and leadership in supporting multiple organizations, including The Actors Fund; Broadway Cares/Equity Fights AIDS; and American Academy of the Dramatic Arts and many others.

“Bob’s outstanding contributions and dedication to the theatre is remarkable,” said Charlotte St. Martin, President of The Broadway League and Heather Hitchens President and CEO of the American Theatre Wing. “His generosity and service to the welfare of our Broadway community, over the past 4 decades; and especially in the face of a global crisis, is immeasurable. We are honored to present the 2022 Isabelle Stevenson Award to Bob.”

Mr. Wankel plays a leading role in numerous charitable, community and civic organizations. He is Board Chair of the American Academy of Dramatic Arts for the past 39 years, as well as an Officer and Director of The Actors Studio. He is President of Broadway Cares/Equity Fights AIDS, Chair of the Board of The Actors Fund Housing Development Corporation, and a member of The Actors Fund Chairman’s Council. He serves on the Board of Governors and Executive Committee of the Broadway League, and is a member of the Executive Committee and the Board of Directors of the Times Square Alliance.

As the Chair and Chief Executive Officer of the Shubert Organization, Mr. Wankel also serves as the Chair of The Shubert Foundation, the nation’s largest arts funder dedicated to unrestricted support of not-for-profit theatres and dance companies throughout the United States. Over the past two years, Mr. Wankel worked closely with both State and City Government and played a central role ensuring that Broadway’s return was successful. His work on the SVOG bill that that helped entertainment organizations was significant.

The 75th Annual Tony Awards will take place live from Radio City Music Hall, on Sunday, June 12th, in a four-hour television and streaming event, and will broadcast live coast to coast for the first time. The celebration will commence at 7:00 – 8:00 PM, ET/4:00 – 5:00 PM, PT with exclusive content streaming only on Paramount+, followed by the presentation of the American Theatre Wing’s 75th Annual Tony Awards from 8:00-11:00 PM, LIVE ET/5:00 – 8:00 PM, LIVE PT on the CBS Television Network, and streaming live and on demand on Paramount+.