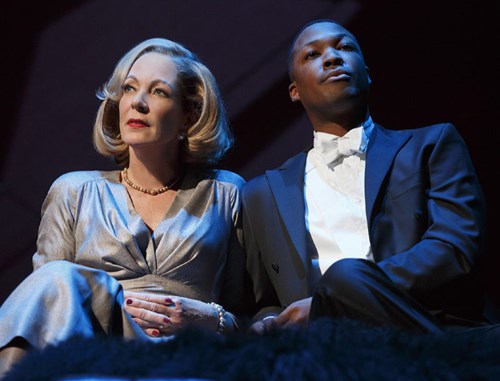 In one of the best scenes from the N.W.A biopic “Straight Outta Compton,” Dr. Dre instructs Eazy-E, struggling in the recording booth: “Say that [expletive] like you believe it, man!”

Corey Hawkins, who played Dr. Dre, takes that piece of advice to heart in his current project, a Broadway revival of “Six Degrees of Separation.” His character, Paul, is a suave swindler pretending to be Sidney Poitier’s son so he can worm his way into genteel families. But no matter how outrageous the fibs, Mr. Hawkins makes him sound utterly sincere.

“I guess I lean into the honesty and the innocence of Paul a little bit more,” he said. “He truly believes these cons.”

Trip Cullman, who’s directing the new production of John Guare’s 1990 drama at the Ethel Barrymore Theater, concurred. “That to me is the great secret weapon that Corey brings to his portrayal,” he said. “You do feel that Paul is telling the truth.” And thanks to Mr. Hawkins’s easygoing charm, Paul is able to hoodwink both the other characters and the audience.