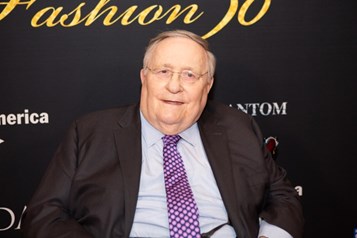 The Board of Directors has announced that effective July 1, 2020, current President and Co-CEO Robert E. Wankel will lead The Shubert Organization as Chairman and Chief Executive Officer and will serve as Chairman of The Shubert Foundation. Mr. Smith will become Chairman Emeritus.

“The retirement of Phil Smith is a pivotal moment not only in the history of The Shubert Organization but also in the history of the American Theatre,” stated Robert E. Wankel. “His wisdom from years of experience has influenced every aspect of the professional theatre. From the ushers up to the greatest performers and creative talents of our time, he is one of the most admired and respected individuals the industry has ever known. It is a legacy to be very proud of and I salute him as a giant of the American Theatre and a most beloved member of the Shubert family.

During Mr. Smith’s career of more than 63 years with Shubert, he has been a leading figure in the theatre community, shaping all aspects of production, theatre operations, management and creative development.

“The decision to retire feels exactly right at this time in my life,” stated Philip J. Smith. “The current Covid-19 crisis has pushed the business of Broadway into uncharted territory. It seems an appropriate time for me to step down and turn over my leadership responsibilities to my friend and colleague, Bob Wankel.”

Mr. Smith’s rise through the ranks of The Shubert Organization began in 1957 when he became box office treasurer at the Imperial Theatre. He went on to gain experience working in every department of the company and was named General Manager of all Shubert Theatres in 1964.

Mr. Smith was promoted to Shubert Vice President in 1969. One of his most important innovations in this capacity was the introduction of credit cards as a method of purchasing tickets to Broadway shows. He was the architect of the industry-wide transition into the age of computerization. With the creation of Telecharge, he revolutionized the way tickets are purchased and expanded accessibility of tickets to theatregoers. He was also instrumental in the establishment of the Times Square TKTS discount ticket booth.

During more than 15 years as Executive Vice President of The Shubert Organization, Mr. Smith worked closely with Bernard B. Jacobs, President, and Gerald Schoenfeld, Chairman, whose stewardship of the company began in the early 1970’s. Following the death of Mr. Jacobs in 1996, Mr. Smith was named President. He served alongside Mr. Schoenfeld for 12 years.

Mr. Smith is a longtime member of the Executive Committee of the Board of Governors of the Broadway League, the national trade association of the theatre industry. He serves as Vice Chairman of the Board of The Actors Fund and was a primary force in the creation of The Shubert Pavilion, a four-story addition to The Actors Fund Home in Englewood, New Jersey, specializing in short-term rehabilitation therapy.

Mr. Smith serves on the Board of Trustees of Broadway Cares/Equity Fights AIDS and as a leader of Catholic Senior Services. He received the Panis Vitae meritorious Service Award from Catholic Charities, was honored for Lifetime Achievement by the UJA and is a recipient of the Ellis Island Medal of Honor.

In 2011, Mr. Smith was honored with a special Lifetime Achievement Tony Award in recognition of his extraordinary contributions to the theatre industry. In 2015, he was inducted into the Theater Hall of Fame and honored as a Living Landmark by the New York Landmarks Conservancy.

“I’m proud of the fact that the only person who worked for The Shubert Organization longer than I did was J.J. Shubert who founded the company with his brothers in 1900,” said Mr. Smith. “I have loved every minute of my long career.”