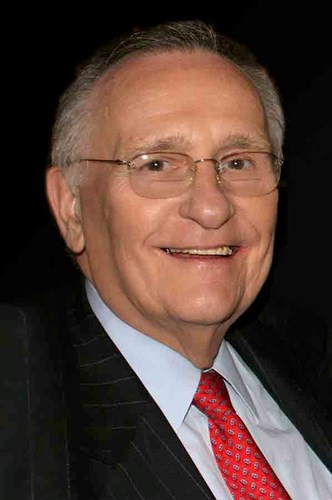 SET FOR TUESDAY, MARCH 22 AT THE MUSIC BOX THEATRE

(New York, NY) The Shubert Organization has announced plans for a memorial celebration of its former Chairman, Philip J. Smith on Tuesday, March 22 at 1:00pm at the Music Box Theatre, 239 West 45th Street. Mr. Smith passed away on January 15, 2021 at the age of 89.

In making the announcement, Robert E. Wankel, Chairman and CEO of The Shubert Organization, stated, “Phil Smith was a giant of the American Theatre and a treasured member of our Shubert family for 63 years. We look forward to this celebration when we can honor Phil’s memory with reminiscences and performances, together with his family and his many friends and colleagues in the theatre community.”

The celebration will be open to the public and all Covid protocols will be observed.

Philip J. Smith’s rise through the ranks of The Shubert Organization began in 1957 when he became box office treasurer at the Imperial Theatre. He went on to gain experience working in operations and management and was named General Manager of all Shubert theatres in 1964.

Mr. Smith was promoted to Shubert Vice President in 1969. One of his most important innovations in this capacity was the introduction of credit cards as a method of purchasing tickets to Broadway shows. He was instrumental in the industry-wide transition into the age of computerization. With the creation of Telecharge, he revolutionized the way tickets are purchased and expanded accessibility of tickets to theatregoers. He was also instrumental in the establishment of the Times Square TKTS discount ticket booth.

During more than 15 years as Executive Vice President of The Shubert Organization, Mr. Smith worked closely with Bernard B. Jacobs, President, and Gerald Schoenfeld, Chairman, whose stewardship of the company began in the early 1970’s. Following the death of Mr. Jacobs in 1996, Mr. Smith was named President. He served alongside Mr. Schoenfeld for 12 years.