Paula Vogel's INDECENT Will Make the Jump to Broadway 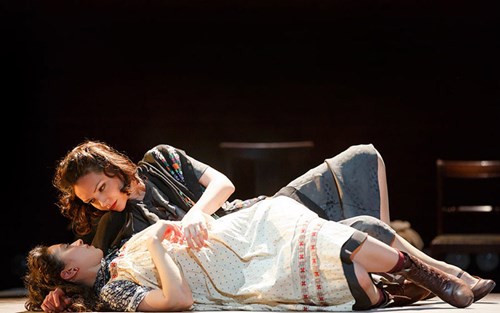 Paula Vogel's INDECENT Will Make the Jump to Broadway

Indecent, Paula Vogel‘s play with music about an ahead-of-its-time lesbian play produced in the 1920s, will make the jump to Broadway this spring.

Previews are set to begin early April 2017 prior to an April 18 opening at a Shubert Organization theatre to be determined. No cast has been announced and tickets are not yet on sale.

Written by Vogel and created by Vogel and Rebecca Taichman, and directed by Taichman, the play enjoyed an acclaimed run Off-Broadway at the Vineyard Theatre in spring 2016. Indecent features music composed by Lisa Gutkin and Aaron Halva, and is inspired by the real-life controversy surrounding the 1923 Broadway production of Sholem Asch's God of Vengeance, the love story of two women.