Pamela Newkirk Appointed to Board of Directors of The Shubert Organization 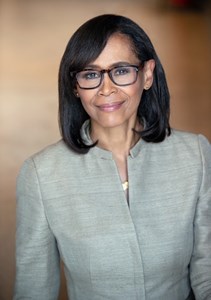 The Board of Directors of The Shubert Organization announced the appointment of Dr. Pamela Newkirk as a new member of the board, effective immediately. Dr. Newkirk will also serve on the board of The Shubert Foundation.

Pamela Newkirk is a journalist, professor, author and multidisciplinary scholar whose work challenges contemporary and historical depictions of African Americans in popular culture. Her latest book Diversity Inc.: The Failed Promise of Billion-Dollar Business exposes the decades-old practices and attitudes that have made diversity a lucrative business while they fail to realize diversity. The book was included on TIME magazine’s “Must- Read” books of 2019 and featured in numerous publications, including TIME and FORBES. Her previous book, Spectacle: The Astonishing Life of Ota Benga, was awarded the 2016 NAACP Image Award and was selected as a New York Times Editor’s Choice and listed among the Best Books of 2015 by NPR, The Boston Globe, and The San Francisco Chronicle. Dr. Newkirk has compiled and edited two collections of African American letters and is the author of Within the Veil: Black Journalists, White Media which won the National Press Club Award for Media Criticism. Prior to joining the journalism faculty at New York University, she was a daily reporter at four news organizations including New York Newsday where she was part of a Pulitzer Prize-winning reporting team. Her articles have appeared in a number of leading publications including The New York Times, The Washington Post, The Wall Street Journal, The Guardian, and TIME magazine.

“We are delighted to have Pamela join our board and look forward to her active participation,” said Robert E. Wankel, the Chairman and CEO of the Organization. “She brings significant expertise to Shubert, and her insights in matters relating to diversity will be invaluable to us, especially as we strive to achieve a more inclusive and diverse culture at our Company and in the industry.” “Pamela will be a wonderful addition to our board,” said Diana Phillips, President of the Foundation. “She is an original thinker with a genuine passion for the arts and offers a perspective that will be very helpful to the Foundation.”