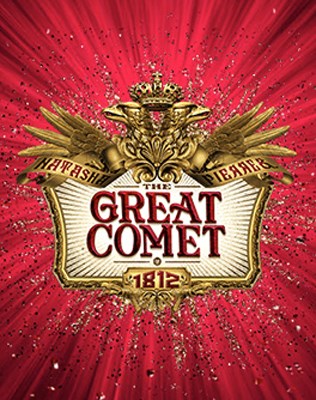 TO STAR AS ‘PIERRE’ IN BROADWAY’S

(New York, NY - February 15, 2017) Okieriete “Oak” Onaodowan, best known for originating the roles of Hercules Mulligan and James Madison in Hamilton, will join the cast of the new Broadway musical NATASHA, PIERRE & THE GREAT COMET OF 1812 as “Pierre” beginning July 3, 2017, starring alongside Denée Benton as ‘Natasha.’

Created by Dave Malloy (Ghost Quartet, Preludes) and directed by Rachel Chavkin (Hadestown, Artistic Director of The TEAM), THE GREAT COMET began previews at Broadway’s Imperial Theatre (249 West 45th Street) on October 18, and officially opened Monday, November 14, 2016. Josh Groban, who made his Broadway debut as ‘Pierre,’ will perform in the show through July 2, 2017.

Onaodowan’s Broadway credits include Hamilton, Rocky, and Cyrano de Bergerac. Off-Broadway work includes Hamilton (The Public), Luce (LCT3), Neighbors (The Public), and Young Jean Lee’s The Shipment. He was in the first national tour of American Idiot and has performed regionally in The Brothers Size, The Royale (Old Globe), Ruined (Berkeley Rep, Huntington Theater, La Jolla Playhouse). Film and TV work includes “Girls,” Unt. Spike-Lee, “Law and Order: SVU,” “The Get Down,” “Ballers,” “Blue Bloods,” The Super, and Thanks for Sharing.

Inspired by a 70-page slice of War and Peace, this “vibrant, thrillingly imagined new musical” (The New York Times) is “stunning and blazingly original” (Entertainment Weekly) and brings us just inches from Tolstoy’s brash young lovers as they light up Moscow in a “heaven-sent fireball” (The New York Times) of romance and passion.

Natasha is young, Anatole is hot, and Andrey isn't here… but what about Pierre? Natasha is a beautiful ingénue visiting Moscow while she waits for her beloved fiancé Andrey to return from the war. In a moment of indiscretion, she is seduced by the dashing (but already married) Anatole and her position in society is ruined. Her only hope lies with Pierre, the lonely outsider whose love and compassion for Natasha may be the key to her redemption… and to the renewal of his own soul.

“One of the decade's best musicals” (Time Out New York), THE GREAT COMET has “rousing music and ravishing performances” (Daily News) with a groundbreaking score that mixes rock, pop, soul, folk and electronic dance music with classic Broadway. THE GREAT COMET arrives fresh off its sold-out run in Boston and its critically acclaimed Off-Broadway premiere. Its renowned creative team has reimagined the Imperial Theatre as an opulent Russian salon, where every seat provides a unique perspective and an unforgettable experience which is “thrilling, a feast for the senses” (Associated Press) and “inventive, ravishing and full-on romantic” (New York Post).