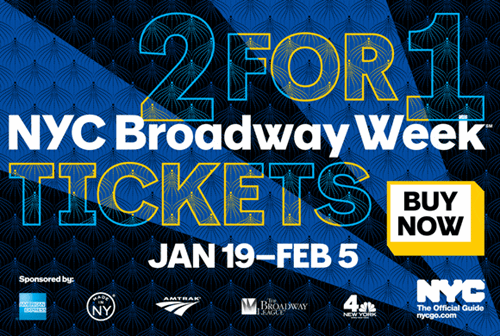 “With Broadway being one of the most iconic NYC experiences, we are thrilled to offer theatergoers the opportunity to experience the excitement of Broadway at half the price,” said Fred Dixon, president and CEO of NYC & Company. “From family-friendly shows to laugh-out-loud productions to Broadway classics, there is something for everyone to enjoy at a terrific value.”

NYC & Company is the official marketing, tourism and partnership organization for the City of New York, dedicated to maximizing travel and tourism opportunities throughout the five boroughs, building economic prosperity and spreading the positive image of New York City worldwide. For more information, visit nycgo.com.