New Cast Announced for THE FERRYMAN on Broadway 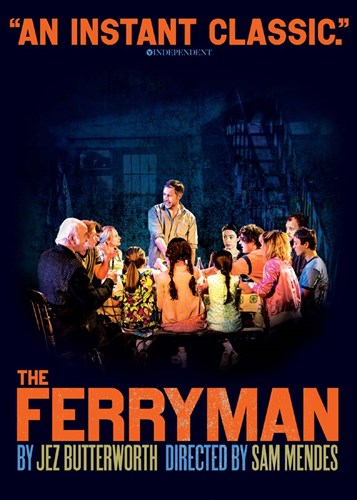 For The Ferryman on Broadway

Producers Sonia Friedman Productions and Neal Street Productions are pleased to announce that Jez Butterworth’s The Ferryman — the critically-acclaimed new play recently named to an industry-leading 25 Best-Of-The-Year lists — will welcome a number of new cast members to the company on Tuesday, February 19.

As previously, the full company will comprise 35 performers: 17 main adults, 10 covers, 4 children, and 4 babies on rotation.

The season’s most acclaimed production on Broadway, Jez Butterworth’s The Ferryman, directed by Sam Mendes, is now playing at the Bernard B. Jacobs Theatre (242 W. 45th Street) and was recently extended through July 7, 2019 due to popular demand.

The Ferryman is set in rural Northern Ireland in 1981. The Carney farmhouse is a hive of activity with preparations for the annual harvest. A day of hard work on the land and a traditional night of feasting and celebrations lie ahead. But this year they will be interrupted by a visitor.