Nathan Lane returns to ‘It’s Only a Play’ 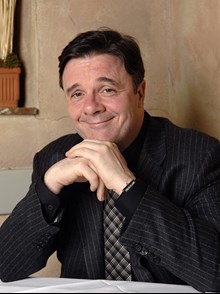 Nathan Lane has returned to his starring role in ‘It’s Only a Play'.

The hottest ticket in town--and rightly so.” - The Wall Street Journal

“Deliriously dishy. It’s Only a Play is a hit!” - The New York Times

‘It’s Only a Play’ is a comedy written by four-time Tony winner Terrence McNally and directed by three-time Tony winner Jack O’Brien—a celebration of theatre at its best...and theatre people behaving their not-so-best.  It’s opening night of Peter Austin’s new play as he anxiously awaits to see if his show is a hit. With his career on the line, he shares his big First Night with his “best” friend, a television star, his novice producer, his doped-up diva, his genius director, a lethal drama critic,and a fresh-off-the-bus coat check attendant on his first night in Manhattan.