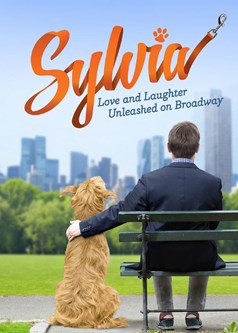 Producers of the Broadway revival of A.R. Gurney’s SYLVIA are thrilled to announce that two-time Tony Award-winner Matthew Broderick (Brighton Beach Memoirs, How to Succeed in Business Without Really Trying) completes the cast of the forthcoming production, to be staged by Tony Award-winning director Daniel Sullivan (Proof).

Has your pet changed your life?

Have you ever wondered what she’s thinking when she stares up at you and tilts her head? Could she have the secret to understanding the world at large and your place in it? Or is she just more interested in how your shoe tastes? The world of a middle-aged New York couple is turned topsy-turvy when the husband brings home an exceptionally engaging canine running loose in Central Park in the hilarious and heartwarming comedy, SYLVIA.

From two-time Pulitzer Prize nominee A. R. Gurney (The Dining Room, Love Letters), Sylvia takes a wonderful look into the complexities of love and commitment asks what it truly means to be devoted to your partner…and how do you choose between the love of your life and man’s best friend?